Wattles as a potential climate solution

The Mount Alexander region of central Victoria is home to over 20 species of acacia, from the small shrubby Gold-dust Wattle, to the spiky Spreading Wattle to the towering Blackwood. They provide essential resources for our native wildlife, and their brilliant flowers transform our winter and spring landscapes into a riot of yellow. But did you know acacias are also extremely efficient at storing carbon?

Professor Mark Adams at Swinburne University of Technology in Melbourne has measured the amount of wood laid down by various species and the amount of water required by them to do so. One of the champion genus’s is Wattle (Acacia sp.). Acacia species produce far more wood for a given amount of water than other plants and are often quick growing.

Australia once had more acacia woodland than eucalyptus. But of course, much of it was removed and became marginal grazing land. Mark Adams says ‘restoring acacia woodlands over vast areas would be a good way to benefit from acacia’s innate ability in absorbing carbon from the atmosphere’. Interestingly, they can do it without fertiliser, due to their ability to fix nitrogen from the air and transfer it to the soil.

To learn more listen to the fascinating interview on Radio National’s The Science Show, courtesy of the Australian Broadcasting Commission (ABC) – click here

To learn more about our local wattles, get a copy of the ‘Wattles of the Mount Alexander Region’ book produced by Friends of the Box-Ironbark Forests – click here 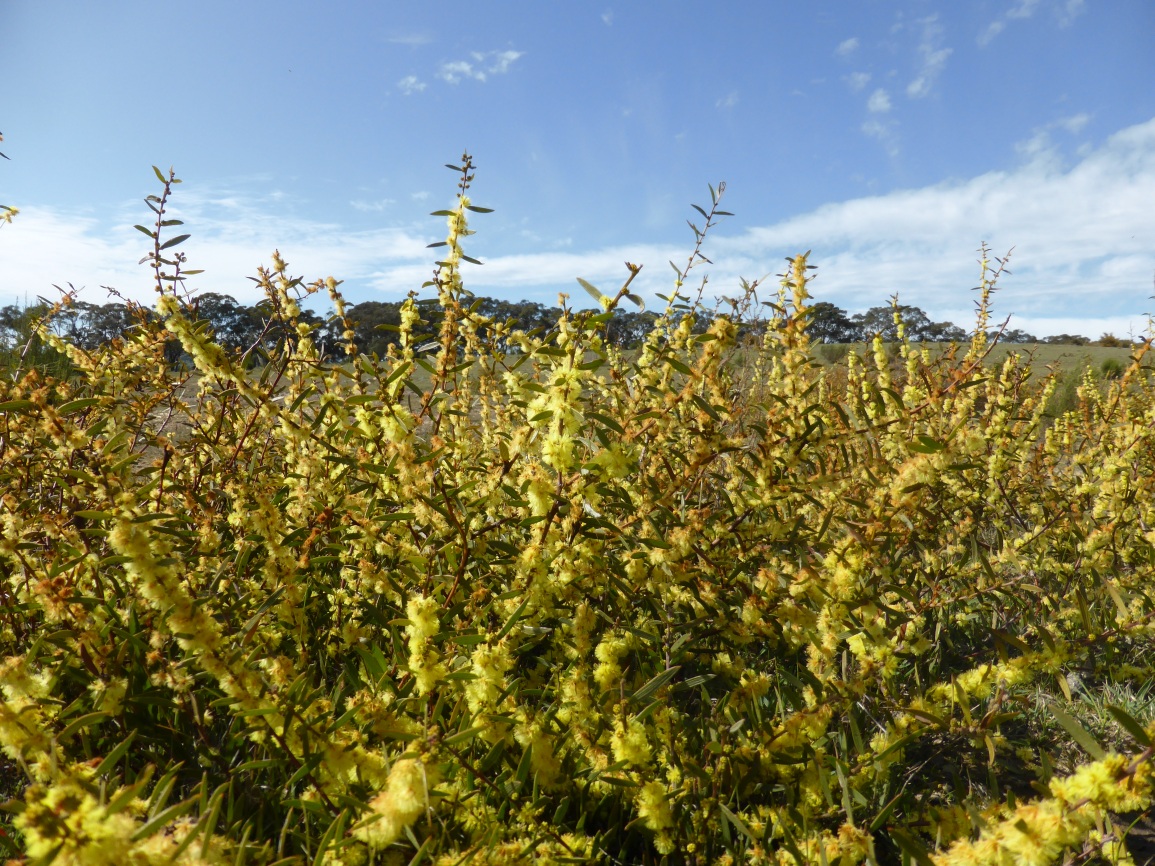 « Gypsy and Anusheh raise money for Connecting Country! | The magic of fairy-wrens – a quiz! »