Pardalotes put on a show at Muckleford Station

The local U3A birdwatching group visited Muckleford Train Station last week, and were entranced by a large flock of Striated Pardalotes displaying and carrying on in very close proximity. Local birdo and photographer Peter Turner captured a stunning series of images, and kindly sent them in so we could share them with you all!

One of the behaviours that intrigued Peter is a display which involves the pardalote bowing slightly, opening both wings and spreading its tail. Many of the pardalotes were displaying in this way, and Peter asked what the behaviour might mean. 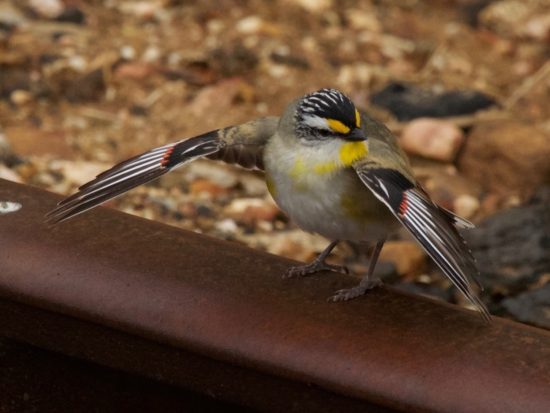 Displaying on the train tracks

Here at the office, we have a copy of a large detailed book known as the Handbook of Australian, New Zealand and Antarctic Birds (HANZAB) The entry on Striated Pardalotes details this behaviour.

The Wing-and-tail Display is associated with nesting behaviour. As the Striated Pardalote sexes are very difficult to tell apart, it is not known whether the male or the female or both sexes are displaying. The display may involve quivering the wings, or fanning them by alternately opening and folding them. 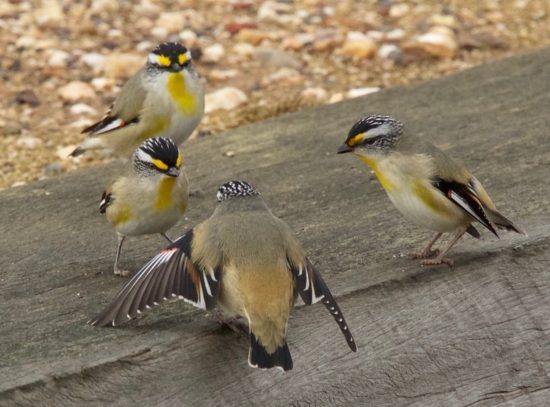 Three pardalotes watch one pardalote’s display with much interest.

The Wing-and-tail Display is often part of a group display, where several pairs that are nesting in close proximity display to one another.

The Muckleford Station is a Striated Pardalote breeding hotspot – with many nest burrows  excavated in the clay soil near the platform.

Striated Pardalotes also take readily  to nestboxes, in fact previously on this blog, we featured a pardalote nestbox design by Ric Higgins; for details, click  here. 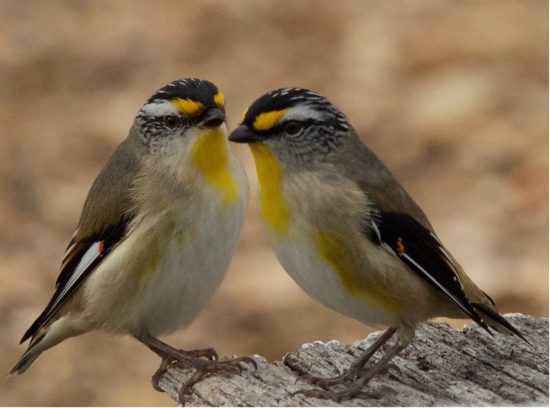 7 responses to “Pardalotes put on a show at Muckleford Station”

« Get to know your local plants: weed and native plant workshops | Wildflower Show at Bendigo this weekend »