A large scale, community-driven landscape restoration project known as Connecting Country has received more funding from the environmental philanthropic organisation, the Norman Wettenhall Foundation. Based in Castlemaine, the Foundation has approved a $30,000 grant to the Friends of the Box-Ironbark Forests for the project. The grant is to fund a Project Worker to develop detailed and fully costed action plans for improving habitat for wildlife and native plants within the Mt Alexander Shire. Projects could, for instance, focus on creating biolinks or target particular endangered species, such as Swift Parrots or Brush-tailed Phascogales (Tuans).

Connecting Country is a partnership of around 30 landcare and environment groups, as well as government agencies, who come together to form the Reference Group which guides the project. The Norman Wettenhall Foundation has supported the project since its inception with grants now totalling $80,000.

Over the last year Connecting Country has gathered information from landholders across the Mt Alexander Shire about the existing condition of the landscape and recorded sightings of where native plant and wildlife species were found. This information was then brought together to produce a Biodiversity Blueprint of the region, containing valuable information about environmental assets and a unique and comprehensive set of maps.

“The maps provide an eagle’s eye view of the whole landscape, allowing the Connecting Country partners to identify 21 possible opportunities for major on-ground habitat restoration works across the region,” says Beth Mellick, Executive Officer of the Norman Wettenhall Foundation. “These potential projects will form the springboard for action plan development in the project’s second stage.”

Another unique facet of Connecting Country was the pro bono production of an interactive website by software developer Spatial Vision. Based on Google Earth, the website offers simple and accessible mapping tools for people to enter information about flora and fauna sightings across the Mount Alexander region. This crucial second stage funding will also ensure the continued rollout of Connecting Country’s interactive website.

“It is expected that community involvement will provide greater knowledge about, for instance, the preferred habitat of Tuans or where native wildflowers can be found,” says Beth Mellick. “Clearly, the website has the potential to become a powerful tool in guiding future conservation efforts.”

With this latest grant, Connecting Country now has the resources for in-depth development of restoration plans that could significantly improve habitat connectivity and biodiversity expansion across the region’s landscape. Given the breadth and commitment of Connecting Country’s partners, once such action plans are developed, the Norman Wettenhall Foundation is quietly confident there’s a good chance of attracting other funding sources to bring their plans to fruition.

“We believe Connecting Country is leading the way in terms of a bottom-up approach to landscape restoration work in Australia,” says Beth Mellick. “This is a different and a unique model, because it is the community as a whole who are making decisions about the environment that they live and work in – what and how changes are made to protect habitat are determined by local knowledge and passion.”

The Norman Wettenhall Foundation has given out some prizes as incentives for people to enter data on the Connecting Country interactive mapping portal on their website.

For a number of months the community were encouraged to enter sightings of Brush-tailed Phascogales (otherwise known as Tuans) in the area. The Connecting Country project was collecting information about where, and in what numbers, the Tuans live on private land. This information is to be used in a broader project about connecting up habitat for the Tuans’ survival.

The winners of the competition were Nick Halliday (individual prize) and Geraldine Harris won the group prize which she will give to the Barkers Creek Landcare group. Geraldine was interested in seeing if she could master the Connecting Country web tools. “I usually give up on these internet things at the point where you have to register,” says Geraldine, “but this site was not difficult to use and I was able to easily enter my Tuan sighting.”

If you want to enter data about flora and fauna sightings, go to www.connectingcountry.org.au and give it a go.

Posted on 7 April, 2009 by Connecting Country

2. Indigenous Flora Guide: Beth reported on this proposal from the Castlemaine Field Naturalists. It was agreed to seek PV/DSE and CMA funding for it; CC funds will also contribute; it is expected that FOBIF will have a representative on the editorial committee.

3. CFOC/NRIP
a. Marie read a letter of support from Uncle Brian Nelson. This letter will be posted on the website.
b. Geoff outlined our application for funding, its position in the CMA package, and the funding process. The application is built around the Phascogale, and focuses on Woodland environments. It includes roles for stewardship [Bush Tender, fencing, etc]; Community Education; Monitoring programs; and Landcare support. It includes two employed positions: on ground coordination and Landcare coordination. It would amount to about $600,000 and envisages a four year time scale.
c. The meeting recorded its appreciation for those responsible for the heavy work involved in preparing this application.

4. Landcare: coordinators’ positions end in June. After that, coordinator positions may be tied to network projects. A local Landcare meeting will be held on May 7 at the Campbell’s Creek Community centre to discuss the future of landcare in MA Shire.

5. Beth has prepared a media release (accompanied by a photo) of the announcement of further NWF funding for a Project Officer, the updating and promotion of the website and a contribution to the Indigenous Flora Guide.

6. The names of all those who had registered sightings of the Brush-tailed Phascogale were placed in a hat. The individual prize went to Nick Halliday from Golden Point Landcare and the group prize to Geraldine Harris, Barkers Creek Landcare. Thanks to Beth for organising this special treat!

7. The next CC Reference Group meeting will be on Thursday May 14th at 1.30 p.m. in the Chewton Town Hall
• to see how the CFOC application is going,
• discuss ideas on how to use the mapping program,
• finalise planning for the facilitated workshop on future projects – this workshop to be held at the end of May/early June.

8. Thanks were expressed to Peter McConnell for allowing us the use of the Castlemaine South School and its facilities.

9. Geoff gave a presentation on how to use the mapping tool on www.connectincountry.org.au Other sessions to be planned for interested groups.

To be held at Castlemaine South School on Thursday 26th March commencing at 5.30pm. For further details contact Marie Jones on (03) 5472-2892 or goldenpoint@aanet.com.au

The Norman Wettenhall Foundation is giving away prizes to groups (to the value of $300) and to individuals (to the value of $150) who enter information about where they have seen Brush-tailed Phascogales (Tuans) in the Mount Alexander region. Click here to view the interactive mapping tool provided by Spatial Vision. Enter your Phascogale (Tuan) sighting and you are automatically in the draw. Competition closes 26th March. The prizes will be drawn at the Connecting Country Reference Group meeting 26th March. 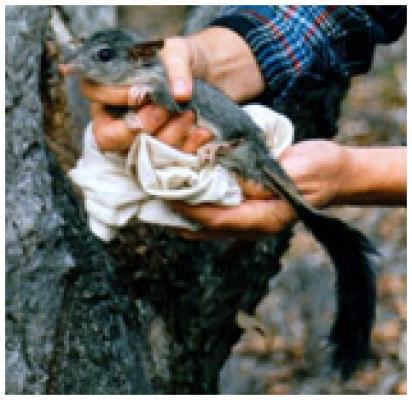 The session is designed to introduce participants to all aspects of collecting seed identification, collection, extraction, cleaning and storage of indigenous species. The workshop will cover include a basic theory session and a practical session in the afternoon. END_OF_DOCUMENT_TOKEN_TO_BE_REPLACED

Day Out at Little Lake Boort

North Central CMA is organising a great day out at Little Lake Boort for all landcarers across the region, to thank you all for your hard work and contributions to caring for our environment.

The theme of this year’s Landcare forum is ‘Landcare – Imagining the Future’. It will be a day of fun, laughter, interesting speakers, indigenous activities and entertainment, as well as information and ideas to inspire future projects. We will also be launching our booklet ‘Celebrating our Most Significant Change Stories of Landcare in the North Central Region’. END_OF_DOCUMENT_TOKEN_TO_BE_REPLACED

Posted on 4 March, 2009 by Connecting Country

Planning day at the Loddon River, Newstead, 4th of March.

Posted on 18 October, 2008 by Connecting Country

A planning day is proposed for October 18th to highlight the issues and concerns about the Loddon River. This will provide a great opportunity to learn more about the Loddon and how we can restore the health of the river. There will also be a spotlighting walk along the river with local naturalist Garry Cheers on Thursday 9th October. Contact Jennie Grundy on 5476 2314

Posted on 15 October, 2008 by Connecting Country

Connecting Country’s workshop held in the Chewton Town Hall saw more than forty people have their knowledge and interest recorded about the potential for landscape restoration in the Mount Alexander Shire. Community people interested in the environment along with some agency representatives were taken through the steps of identifying natural resource management works that are already happening in the shire and then went on to look at areas that have the possibilities for future restoration works. END_OF_DOCUMENT_TOKEN_TO_BE_REPLACED

Posted on 1 October, 2008 by Connecting Country

Chris Morris from the Castlemaine Field Naturalist Club has kindly provided data from the National Bird Day counts in the Castlemaine area. The records have been collected annually from 2000. You can view a graph of results via the attached photo.

Posted on 1 August, 2008 by Connecting Country

The Connecting Country website is live and public! Please browse around and feel free to submit photos, news and events.