If you think Australia has a national language, consider this lizard. Victorians commonly call it the stumpy-tail or shingleback. However it’s also known as the sleepy lizard (South Australia), bobtail (Western Australia), blue-tongue, bogeye, two-headed lizard and pinecone lizard. Naturally there are also Indigenous names such as Yoorn in the Nyungar language of south-west Western Australia. Some herpetologists (reptile scientists) claim this species has more common names than any other lizard!

Tiliqua rugosa is a short-tailed, slow-moving species of blue-tongued skink found across the arid to semiarid regions of southern and western Australia, including here in central Victoria. Its heavily armoured body can display various colours and patterns, ranging from dark brown to cream. It has a short, wide, stumpy tail that resembles its head, which may confuse predators. The tail also contains fat reserves, which it can draw on during lean times. This big skink is omnivorous. It eats snails and plants, spending much of its time browsing through vegetation for food. It is often seen sunning on roadsides, rocks or paved areas.

There are four subspecies. Tiliqua rugosa asper is the subspecies we find in central Victoria. They pair for life and over the course of their long life (20-30 years), a couple will annually come together to mate and rear their young.

With the weather warming up, you may notice the odd stumpy-tail lizard or other reptile in your neighbourhood. The Australian Broadcasting Commission (ABC) recently published an excellent article describing some practical things you can do to help them: 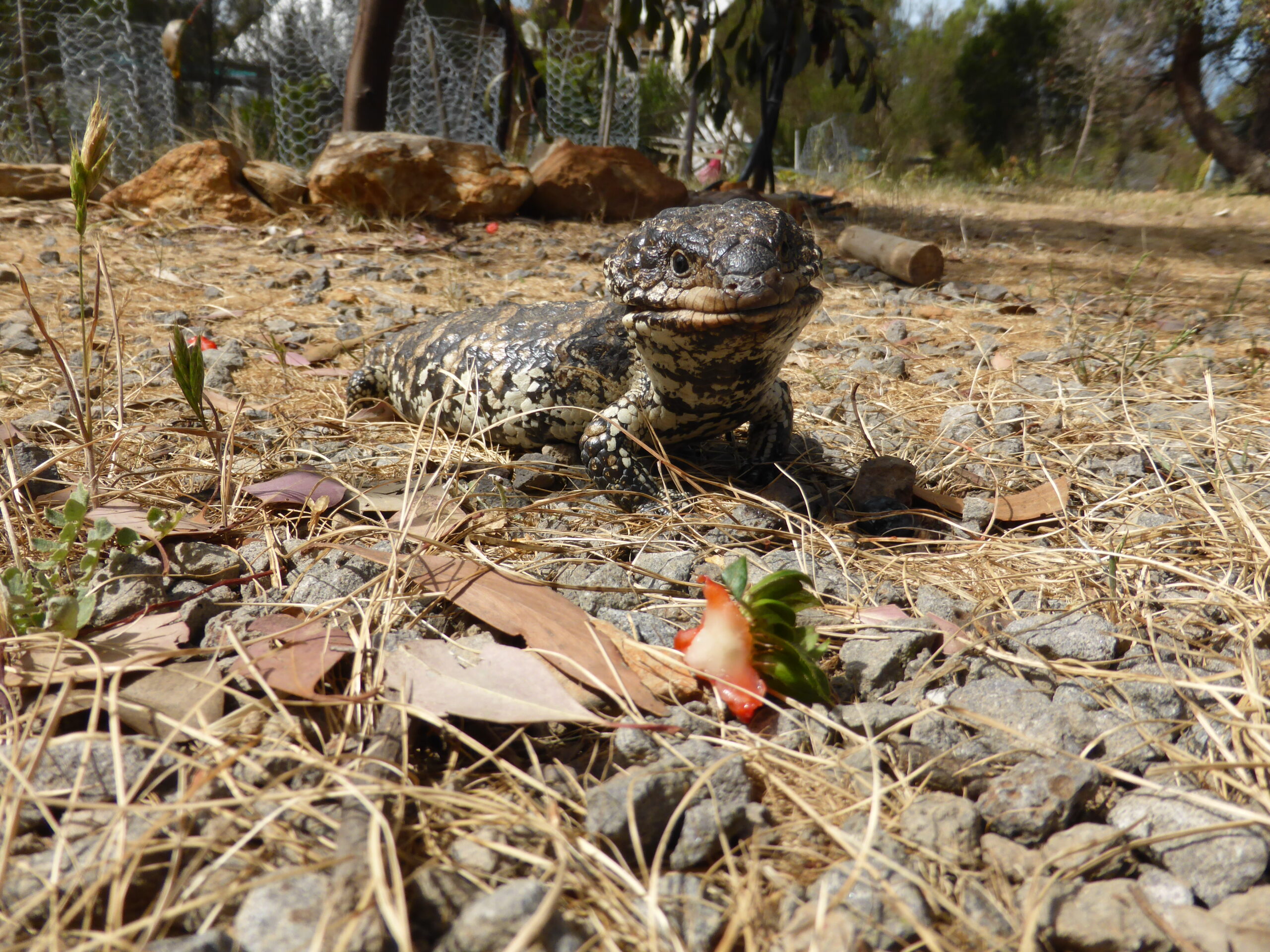 « North Central CMA seeking local landholders for carbon projects | Before and after the 2019-20 fires: ALA data showcase »