Help the Fryerstown Grevillea with a new app

A training session will be held and participants will learn how to download and use the app, and visit a nearby population in both Lauriston Forest Reserve and in the Fryers Ranges Reserve.

The Fryerstown Grevillea (Grevillea obtecta) is generally found in the Fryers Ranges from around Taradale south west to the Porcupine Ridge area in central Victoria. The Lauriston population is an isolated and unusual form. It flowers from around mid-October to mid-November. However, it is easily recognised by its unusual leaves at any time of the year. The somewhat similar species, G. repens, also a rare Grevillea, is generally found to the west of Hepburn Springs and to the west and south of Daylesford.

John Walter has been observing this species now for over 20 years. With the help of the new app, observers of Grevillea obtecta – the Fryerstown Grevillea, can now record population locations and help build the knowledge base about this species. 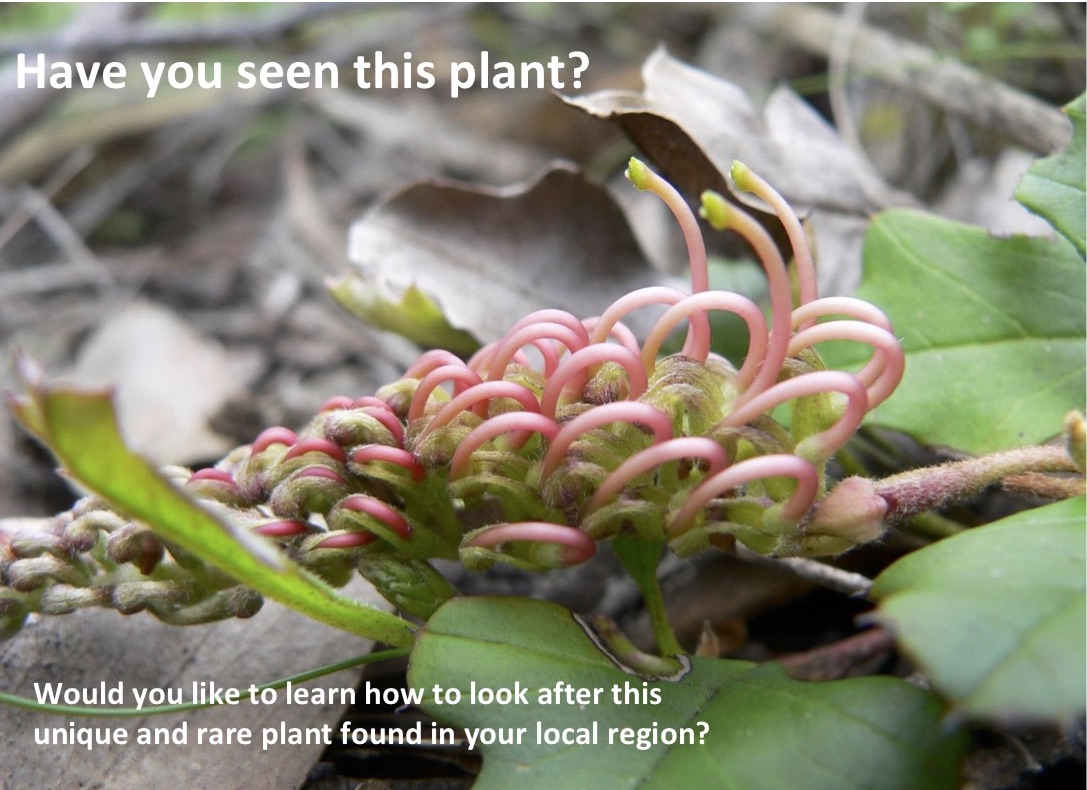 For more information or to register for this event –  click here

Connecting Country congratulates John and the Threatened Species Conservancy team on their fantastic achievement that will contribute to valuable data on our precious local threatened species!