Posted on 20 October, 2016 by Connecting Country

On the 1st August 2009 Connecting Country posted our first blog post and since then has shared, reported, updated and informed 1000 times and we’d like to celebrate! Our blog posts are a way for people to stay in touch with us and the happenings in the broader community. Topics range from upcoming events, launching information materials, summaries of events that have happened and observations from nature. There are currently 404 blog subscribers, and people can also view these blog posts by clicking on topics on our homepage.

Some of our favorite and popular blog posts have been:

Our earliest blog author was Bronwyn Silver who helped with our website until 2015. Bron’s fabulous work largely accounts for the number of blogs to date. Chris Timewell has also been a big contributor over the years. Krista Patterson-Majoor, Tanya Loos, Naomi Raftery, Asha Bannon, Janet Barker and Max Schlachter have also contributed as part of their roles at Connecting Country. Thanks to all for your effort in helping to maintain this part of our communications.

If you’d like to broadcast news about an event on our website or facebook page, contact Naomi at naomi@connectingcountry.org.au. In the meantime, enjoy this little trip down memory land – a selection of some of our favorite pics and people from over the years…. 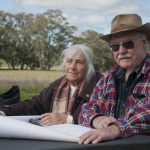 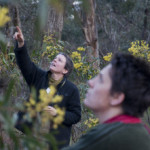 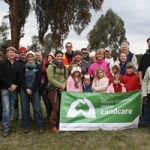 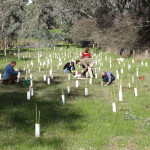 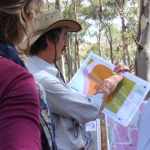 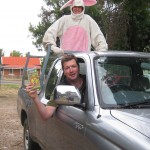 Max and Jarrod will do anything to promote the ute guide to rabbits, February 2014 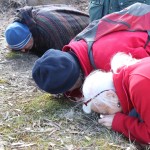 Exploring moss at a biodiversity workshop, May 2014 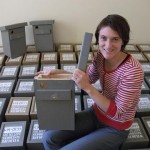 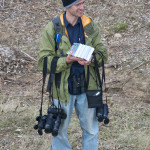 Binoculars anyone? Chris in May 2014.

Swift Parrot and Kirsten from Trust For Nature. June 2011

« 19 October – Water Rats event – have you seen one or want to know more? | Connecting Country is showing off! »