Bird of the month: Kestrel

Welcome to our nineteenth Bird of the month, a partnership between Connecting Country and BirdLife Castlemaine District. Each month we’re taking a close look at one special local bird species. We’re excited to join forces to deliver you a different bird each month, seasonally adjusted, and welcome suggestions from the community. We are lucky to have the talented and charismatic Jane Rusden from BirdLife Castlemaine District writing about our next bird of the month, with assistance from the brilliant Damian Kelly and photos by Ash Vigus.

A member of the Falco genus which includes Peregrines and Hobbies, Kestrels are widespread across the world, with 13 species recognised. A few overseas species migrate with the seasons, but most are non-migratory, although they will move about depending on food availability. Their diet includes small birds, mice, reptiles, locusts and grasshoppers along with some other insects, spiders and other terrestrial invertebrates. They will readily move to areas of abundance during mouse and locust plagues. Within Australia, many areas have resident pairs. Juveniles spread widely after fledging and may move long distances. 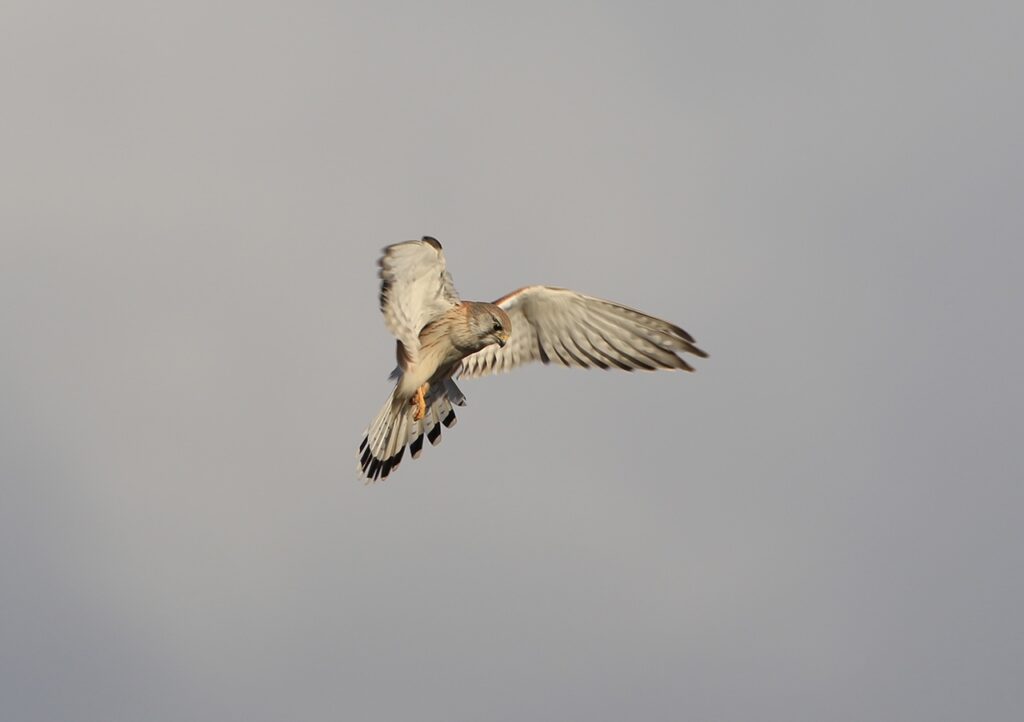 Kestrels often hover in one spot searching for a variety of prey including insects and rodents (photo: Ash Vigus)

Australia has one species – the Australian or Nankeen Kestrel. It can be found all over the Australian mainland and on some outlying islands including Tasmania, most Bass Straight islands as well as Christmas, Norfolk and Lord Howe islands. It has occasionally been recorded as a non-breeding visitor to Papua New Guinea, the Torres Strait islands, New Zealand and Java. It is likely that they have expanded in both population and distribution with the clearing of forests for farmland, as they prefer open country. They have also readily adapted to taking the introduced House Mouse as well as the Common Starling, which often comprise a significant part of their diet.

It is the smallest Australian Falcon with a length of 30-35 cm and a weight range of 165 g for males to 185 g for females. They are great fliers, soaring and hovering with ease. Quite spectacular to watch.

Generally, breeding occurs between August to December. Australian Kestrels are quite adaptable and will utilise tree hollows, cliffs, old nests of other birds, nest boxes and even the broken tops of anthills. There are also records of them using sinkholes in the ground and mine shafts. They are known to use the nests of White-winged Chough, Australian Magpie, Whistling Kite, crows and ravens and even the top of Chestnut-crowned Babbler nests. Certainly very adaptable! 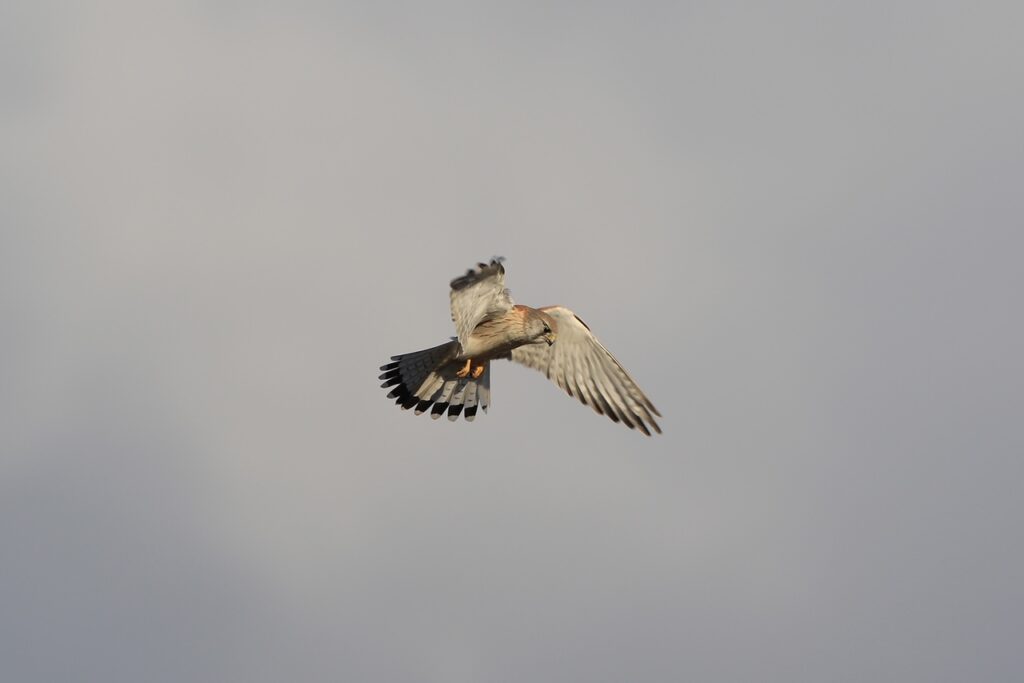 Clutches of eggs range from 1 to 6, but usually 2-3. Most of the incubation is done by the female with the male feeding her. Upon hatching the female generally feeds the young, often with food brought to the nest for her by the male.

There are some remarkable records of fostering, with young kestrels being reared by Black-breasted Buzzards and even a Black Falcon feeding young kestrels at the nest.

To hear the call of an Australian Kestrel, please – click here

2 responses to “Bird of the month: Kestrel”