Bird of the month: Eastern Spinebill

Welcome to our third Bird of the month, a partnership between Connecting Country and BirdLife Castlemaine District. Each month we’re taking a close look at one special local bird species. We’re excited to be joining forces to deliver you a different bird each month, seasonally adjusted, and welcome any suggestions from the community. We are lucky enough to have the talented and charismatic Jane Rusden from BirdLife Castlemaine District writing about our next bird of the month, with assistance from the brilliant Damian Kelly. You may be familiar with the third bird off the ranks.

This month has seen the return of the Eastern Spinebill to Central Victoria, as they leave higher elevations for the winter. I’ve noticed them feeding on Rock Correa around my house and Geoff Park wrote about their return on his blog, of course, accompanied by his stunning photos. This is a species that has adapted to gardens and will utilise non-native species of flowering plants, such as Salvia, in their search for nectar. Did I mention Correa, they LOVE Correa.

The Eastern Spinebill, though a Honeyeater, is arguably our local answer to the humming bird, as they have a habit of hovering whilst using their long curved bills to probe flowers. This ability means they can feed on nectar plants too delicate for birds to actually land on. In addition, they eat plants and a large assortment of insects. If you’ve read Tim Lowe’s book ‘Where Song Began’, you’ll know birds use nectar for energy, but its’ relatively low nutrient levels mean birds look to insects for minerals and other nutrients. 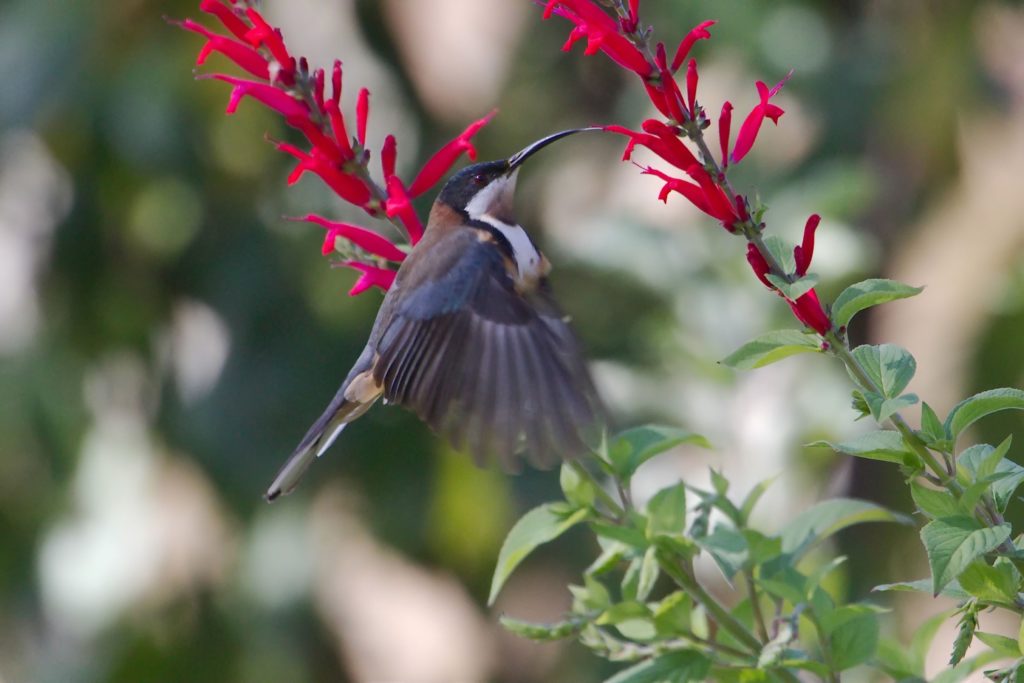 So here’s an interesting thing: through our research on this gorgeous little honeyeater, Damian Kelly and I noticed an anomaly that we can’t get to the bottom of. The guide books say that during the summer Eastern Spinebills retreat from low elevations to higher elevations and can be found in places like the High Country. However, around mid elevations such as Cottles Bridge (north east of Melbourne VIC), they can be found all year round. Young birds are known to travel larger distances and usually appear locally before the mature adults do. However, an extensive long-term study across most of their range (from South Australia, through Victoria to New South Wales) from 1984 to 1999 involved mist netting and banding 39,572 Eastern Spinebills with a re-capture of 3,602 birds. The study discovered that 99% of re-captured birds were less than 10 km from their original banding location. In short, they had moved very little distance at all, but the same cannot be said for our local birds. It would be fascinating to know what’s going on here.

Perhaps this is a highly adaptable bird? It will nest under verandahs and utilise non-native food sources such as fuschia, move if it has to, or not if it doesn’t. For a small bird they are reasonably long lived. In the  study mentioned above, one individual was banded as an adult, then caught six more times during the study period, which means it was an adult for at least 13 years and 2 months.

I suspect there’s much going on with the Eastern Spinebill, much more than feeding on their favourite Correa and being chased across the garden by other honeyeaters, which is how we often see them. Anyone up for a PhD on Eastern Spinebills …?

To listen to the varied and lovely calls of the Eastern Spinebill, and see a map of its distribution, please – click here 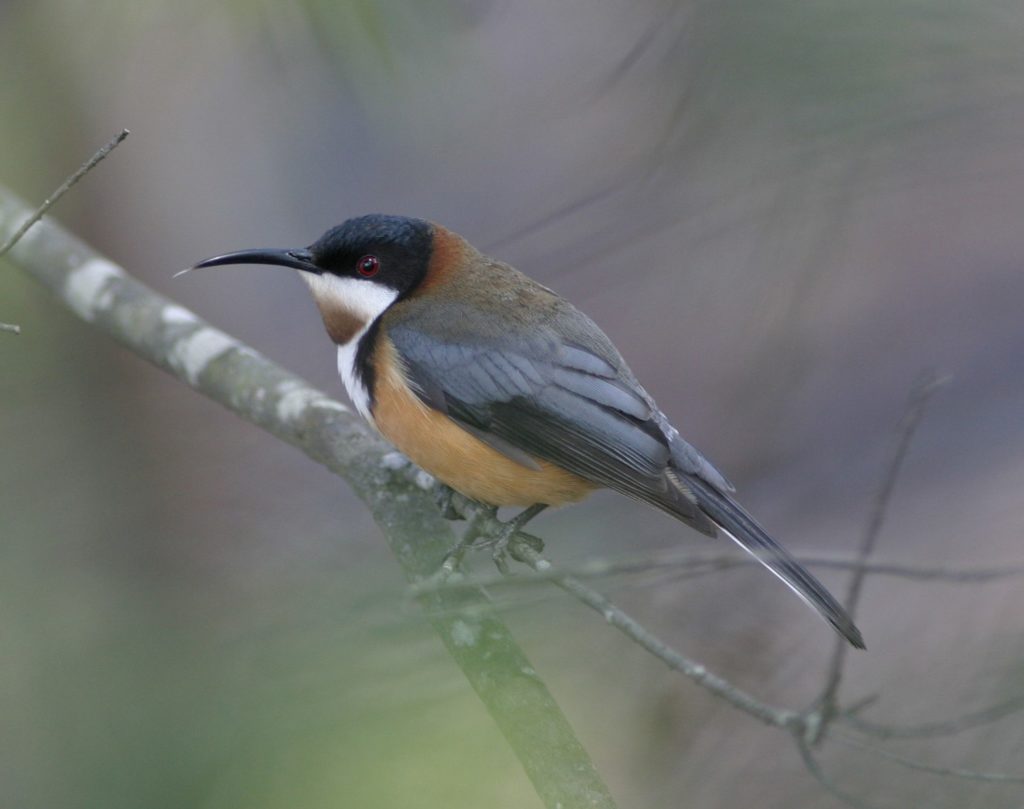 The eastern spinebill is a species of honeyeater found in south-eastern Australia in forest and woodland areas, as well as gardens in urban and rural areas (photo by Damian Kelly)

10 responses to “Bird of the month: Eastern Spinebill”