Australia’s Environment in 2019: scorecard for our region

The Australian National University recently released ‘Australia’s Environment Report for 2019′. Record heat, bushfires and drought across Australia delivered the worst environmental conditions across the country since at least the year 2000, with river flows, tree cover and wildlife being hit on an ‘unprecedented scale’, according to a new report.

The report highlighted some somber but important reading, with the overall index of environmental conditions in Australia scoring 0.8 out of 10, the worst result across all the years analysed from 2000. Last year was no ordinary year, with the year delivering unprecedented bushfires, heat, very low soil moisture, low vegetation growth and 40 additions to the threatened species list. The report’s lead author, Professor Albert van Dijk of the Australian National University’s Fenner School of Environment and Society, said 2019 was ‘probably the worst in a century or more’ for the environment.

The report’s website portal allows users to view a report for each local government region, including the Mount Alexander Shire in central Victoria. Unsurprisingly, our region scored better than the national average, with a total score of 3.69 out of 10. This was assisted by the absence of major bushfires in our region, unlike much of Australia’s east coast. To access the regional reporting scorecards and environmental conditions across the country – click here

The Australia’s Environment in 2019 report aims to make spatial information on environmental conditions more accessible and easily interpreted at different levels of detail. The report summarises a large amount of observations on the trajectory of our natural resources and ecosystems. It is based on analysis and interpretation a large volume of satellite, station and survey data. On the website, you can find a national summary report and webinar, as well as report cards for different types of administrative and geographical regions. In the accompanying data explorer, the spatial data can be viewed as maps, accounts or charts by region and land use type, and downloaded for further use.

The Australia’s Environment in 2019 report highlights the need for investment from the public, private and community sectors to restore and protect our environmental assets and ensure our natural environment is given adequate priority.

Connecting Country works hard to improve habitat quality and biodiversity, and build connectivity between existing habitat. Since beginning in 2007 we’ve collaborated with local landholders and project partners to restore nearly 10,000 hectares of land across our region. 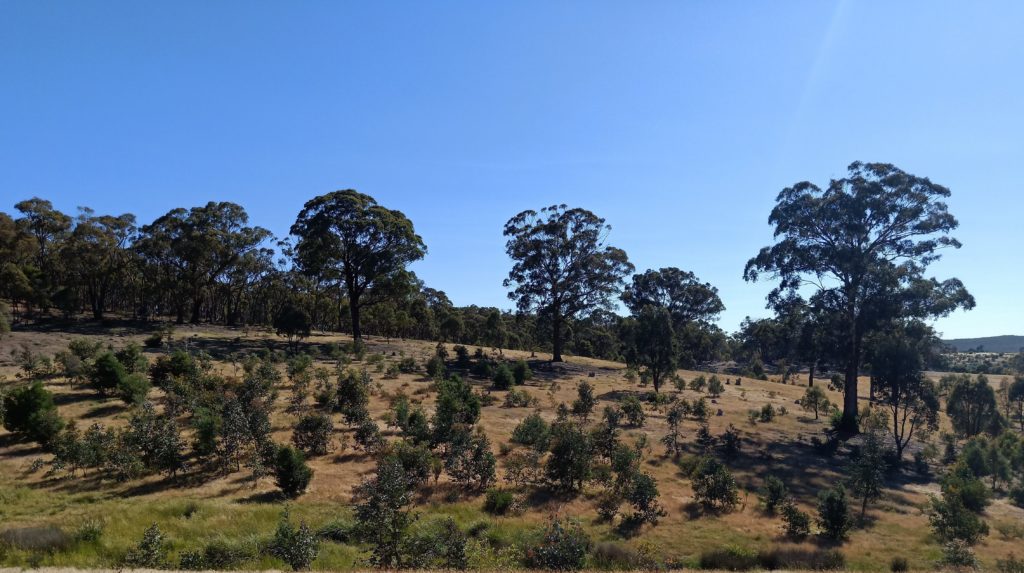 2 responses to “Australia’s Environment in 2019: scorecard for our region”