Spending to save: what will it cost to halt Australia’s extinction crisis?

A new research paper has revealed some astonishing facts about the small amount of money allocated to biodiversity and threatened species across our nation. Records show Australia has one of the highest extinction rates in the world over the past century. One of the main factors in the loss of biodiversity is the increased rate of human  population growth, which has led to habitat change through land clearing, urbanisation, hunting and resource extraction. The introduction of new invasive species has also had a huge impact Australia’s biodiversity. The forests of the Mount Alexander region have endured a long history of disturbance since the 1850s, leading to many indigenous plants and animals becoming extinct or threatened.

But what would it cost to halt Australia’s extension and biodiversity crisis? According to this recent scientific research paper, it would cost $1.6 billion to improve the status of all of Australia’s threatened species and return their health to the point where they can be removed from lists of at-risk flora and fauna, through protections from land clearing and invasive species, habitat restoration and other means. $1.6 billion is not small change, but achievable for a nation of our wealth, and much less than many government investments in recent times.

The reality is that we have been spending $86.9 million in 2017-18, $49.6 million in 2018-19 and an estimated $54.6 million in 2019-20 on Australia’s threatened species through the Commonwealth government. Hence it is not surprising that biodiversity and ecological assets are in poor health across the nation and declining rapidly.

The scientific research paper is titled ‘Spending to save: What will it cost to halt Australia’s extinction crisis?’ and is published in the Conservation Letters. A copy of the abstract is provided below. To access this fascinating paper in full – click here

As with most governments worldwide, Australian governments list threatened species and proffer commitments to recovering them. Yet most of Australia’s imperiled species continue to decline or go extinct and a contributing cause is inadequate investment in conservation management. However, this has been difficult to evaluate because the extent of funding committed to such recovery in Australia, like in many nations, is opaque.

Here, by collating disparate published budget figures of Australian governments, we show that annual spending on targeted threatened species recovery is around U.S.$92m (AU$122m) which is around one-tenth of that spent by the U.S. endangered species recovery program, and about 15% of what is needed to avoid extinctions and recover threatened species. Our approach to estimating funding needs for species recovery could be applied in any jurisdiction and could be scaled up to calculate what is needed to achieve international goals for ending the species extinction crisis. 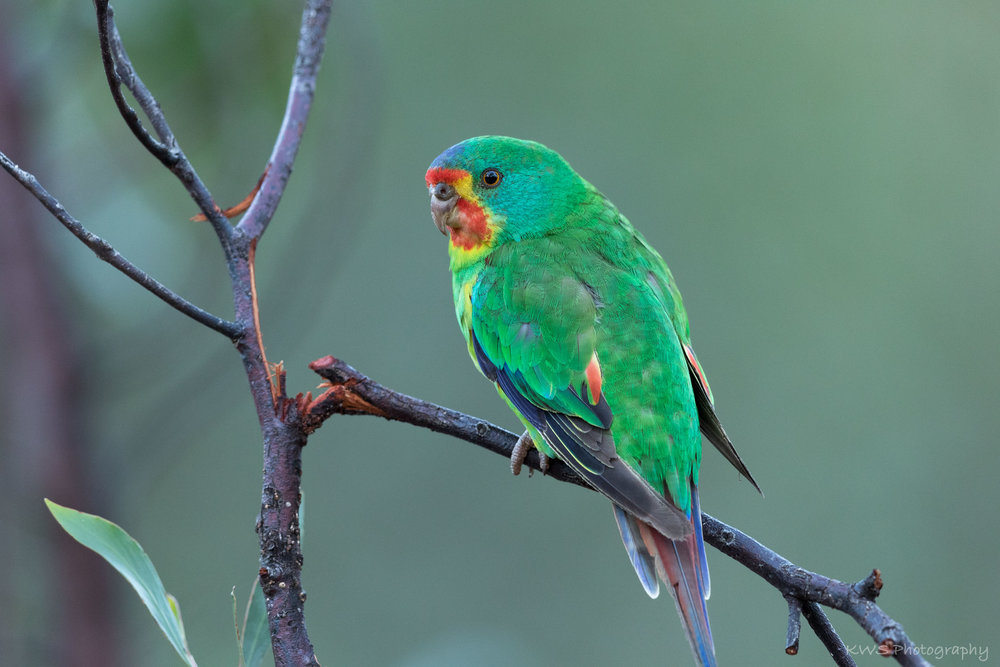 Our local visitors, Swift Parrots, are listed as critically endangered and threatened by habitat loss and fragmentation (photo: Michael Gooch)