South African Weed Orchid, Disa bracteata, has finished flowering but if you are quick you can still help stop the spread of this emerging and highly invasive weed in our area. It is worth havin 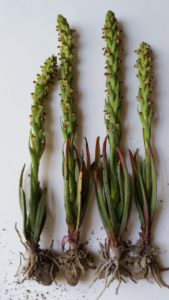 g a look for plants on your property and planning for next season’s treatment. We have had many reports from our community of larger infestations in bushlands and grasslands across our region during spring 2020, so we thought it timely to show some photographs of what to look out for, and when.

South African Weed Orchid is a perennial terrestrial orchid with underground tubers. Dormant for much of the year, it sprouts in early spring with a rosette of leaves, followed by flower spikes developing into seeds as the weather drys out during summer. Plants in the leafy, vegetative stage are susceptible to herbicides which during the growing phase also kills the tubers.  At later stages digging can be effective but requires care to remove all tubers.

This invasive plant often grows in association with other native orchids but can be distinguished from native species such as Glossodia and Caladenia by the lack of hairs and purple back to the leaf.  Sun orchids have smooth leaves but they are single, longer and more channelled. 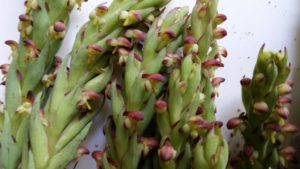 Invasion of the Mount Alexander region

As of 2020, this weed has been recorded across the Mount Alexander Shire in Chewton, Redesdale, Elphinstone, Taradale, Walmer, Barkers Creek, Sutton Grange, Guildford, Ravenswood and Harcourt. The records on the Atlas of Living Australia (ALA) suggest that this species has been recorded across many sites in Victoria and Western Australia, with a total of 1,400 records entered onto the ALA.

Manual removal requires digging up and removing all parts of the plant, including the tuber, leaves and flowers. The plant material must be bagged securely (e.g., in a snap-lock bag) to prevent the fine dust-like seed from spreading further. It is also worth making sure that the soil around the plant is put back after removal, to reduce the risk of regrowth.

If you are interested in seeing some excellent photos at different stages of its lifeform across the year, local legends Euan Moore and Jenny Rolland have prepared the following collage of images. Many thanks to Euan and Jenny for their photos and information, and passion for controlling this invasive emerging weed.

To learn more about this emerging weed and see a map of its current distribution, please visit the ALA website by clicking on the image below (courtesy of ALA). 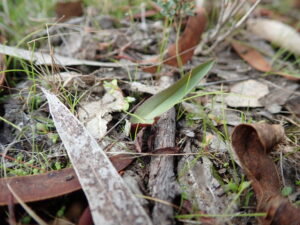 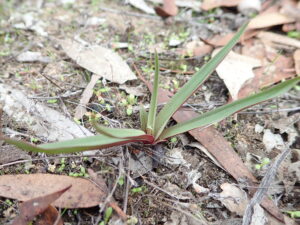 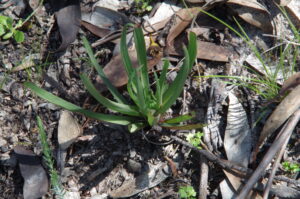 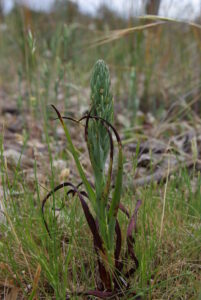 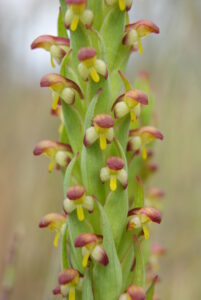 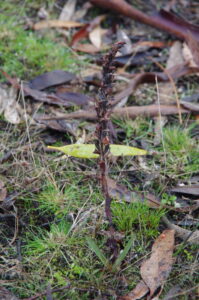 « Celebrating our volunteer heroes at Connecting Country | Discovering ducks: which duck are you quiz? »