What a difference a couple of years makes! Last Thursday, 26 July 2018, Bonnie, Frances and Tanya had the great pleasure of visiting Kerri Peacoulakis’ property in Bradford to marvel at the growth of native plant species at their direct seeding site, and also chat about bird surveying. Below is a photo of part of the site taken in September 2016, about one year after direct seeding. 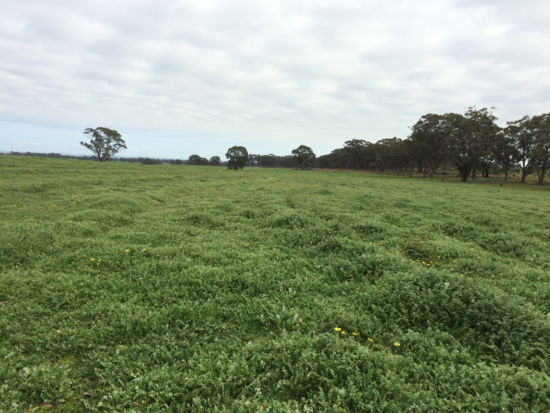 Below is the same site, taken in the same direction. Note the large eucalypt with the wide crown in the left hand side of the photo. 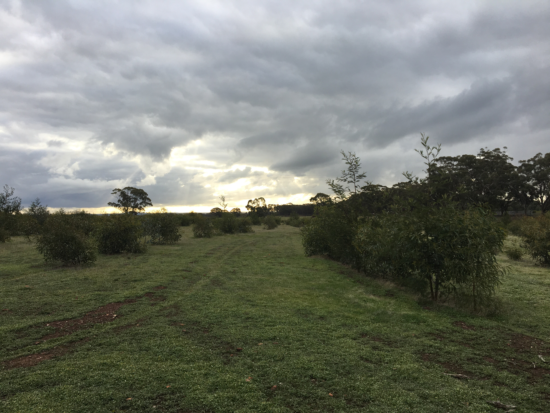 The site was direct seeded in 2015, as part of Connecting Country’s Habitat for Bush Birds project. It is amazing to think that there are many tiny young plants fighting for survival under all the prolific capeweed in the first photo! The site is a bird survey site called NW-PR-03, a northwest paddock revegetation site.  The direct seeding is even more successful looking in the other direction, towards the Blue Hills area. 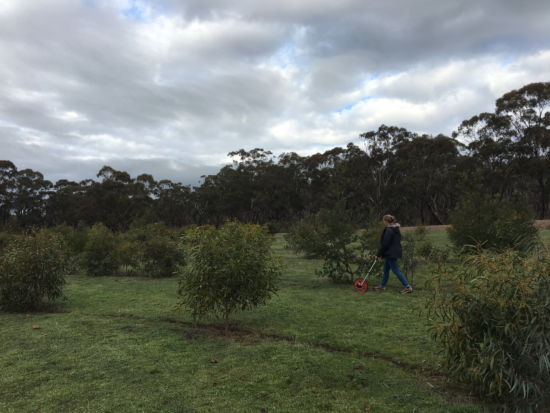 In the above photo, Bonnie is using a trundle wheel and a counter to carry out a direct seeding success count. These counts measure how many plants have grown, giving a standard measure of trees/shrubs per metre count. This number is comparable from site to site, and enables us here at Connecting Country to monitor the growth of our direct seeding from year to year.

The plant species in the direct seeding included a mix of local wattles, eucalypts, she-oaks, hop bush, and hakeas.

Kerri is taking on the bird survey site, by surveying the site four times per year. During our visit, we conducted a 20 minute 2 hectare count, with Kerri entering the data on her Birdata app on her smartphone. So simple! During the survey, we saw many open country species such as Red-rumped parrots, Welcome swallows and Australian magpies. Kerri said that she had observed Superb fairy-wrens on the site – a true mark of success as these little birds are NEVER recorded in a bare, open paddock! Well done Kerri and also her partner Tusker and family for a fantastic project! 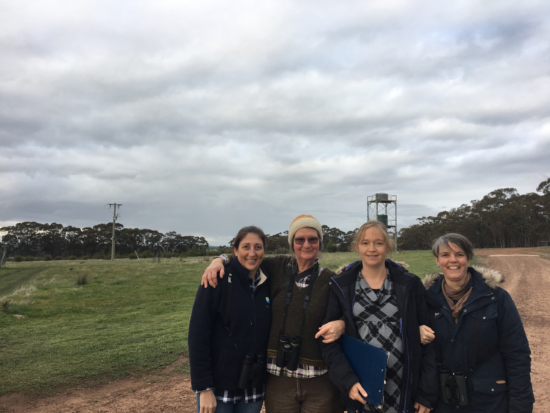 One response to “Small bush bird habitat created at Bradford!”