We recently received some delightful photos from our valued Connecting Country volunteer, Lou Citroen, featuring a playful yellow-footed antechinus (Antechinus flavipes). We love the photos Lou, thank you! The antechinus was spotted on Castlemaine-Maldon track near Sawmill Rd, in the Muckleford region of central Victoria.

The yellow-footed antechinus is also known as ‘mardo’ and is a small marsupial found throughout our region and along the great dividing range in Victoria, New South Wales and Queensland. At first glance, they appear similar to an introduced house mouse, but an antechinus has a much pointier, long, narrow snout, unlike a mouse, which has a round head and nose. They are also larger than a house mouse, about 20 to 30 centimetres long, including their tail, and tend to hop about more on their hind legs.

Please enjoy these photos from Lou, and a map of observance records in our region from the Atlas of Living Australia. 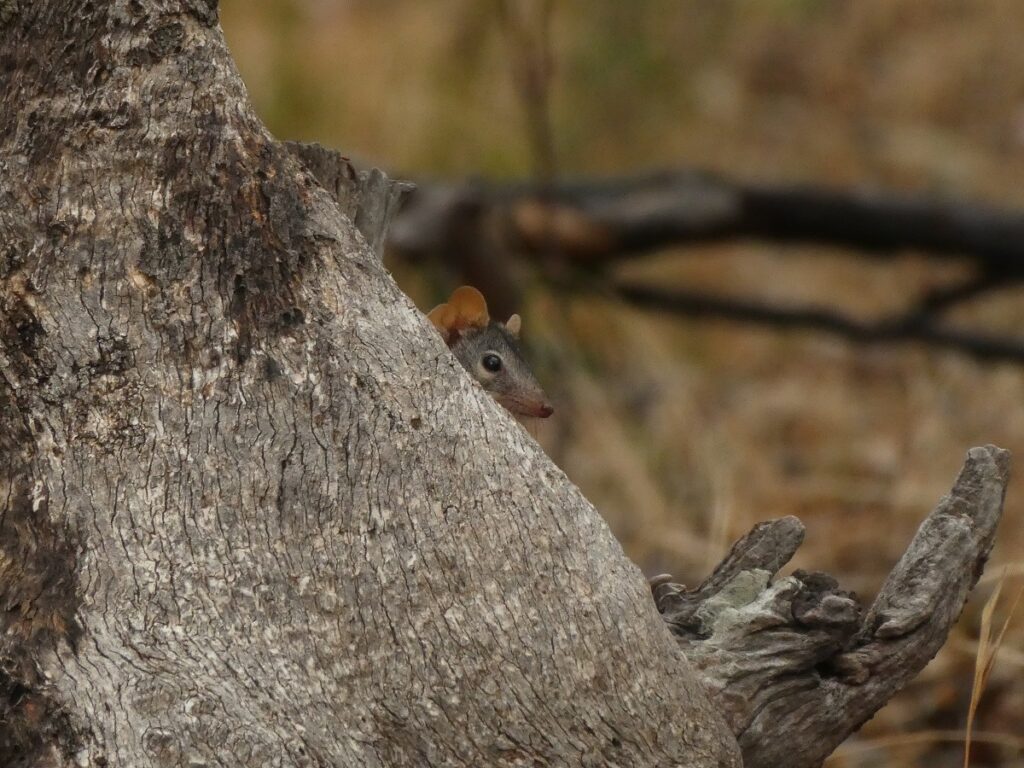 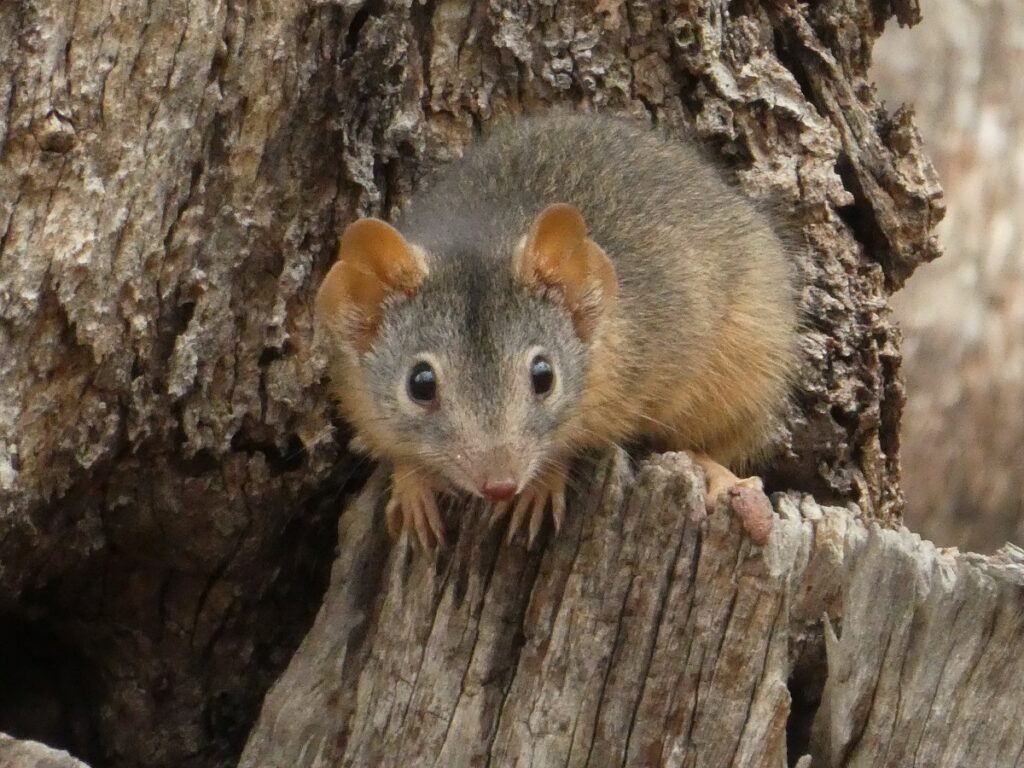 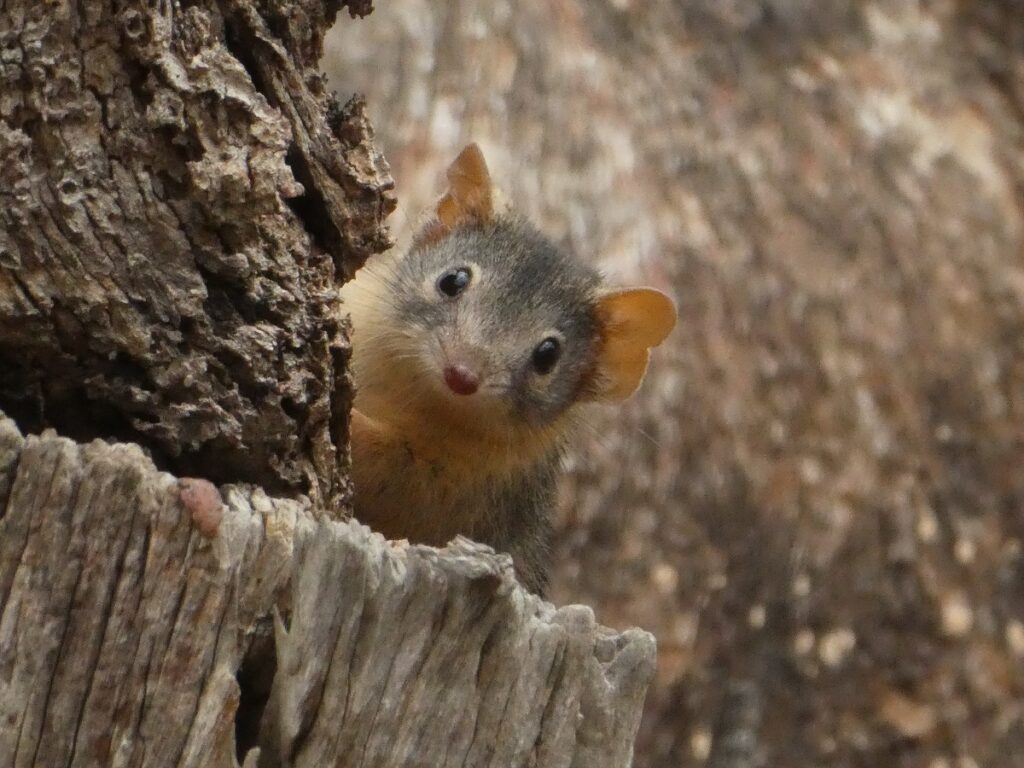 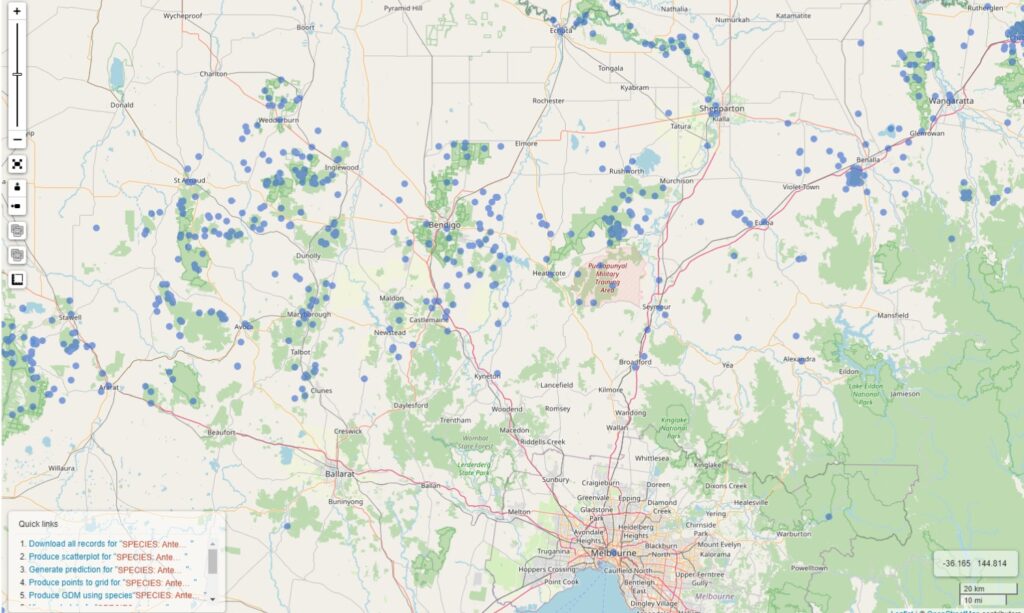