In Australia, barbed wire is so ubiquitous that most people are hardly aware of its presence.

It forms the boundaries of countless properties, estimated at tens of millions of kilometres, and is the accepted way of keeping sheep and cattle within those boundaries. More than 60% of this fencing has barb wire as the top strand.

However, it is a major hazard to our wildlife, with thousands of native animals becoming entangled on its barbs each year. Nobody really knows the extent or how many, as many are removed by the landholder or eaten by foxes, cats and even birds of prey.

One of our members recently spotted this Sugar Glider caught on barbed wire on a fence. Fortunately, with four hands available, the Glider was safely released and inspection showed it had suffered minimal damage to its membrane.

More than 80% of recorded wildlife entanglement occurs on the top strand of barbed wire fences. We often see kangaroos hung up on wire and mesh fences, legs caught in a twist of wire – a reflection of their numbers in our landscape at present – but more than 70 wildlife species have been identified in Australia as occasional or regular victims of barbed wire fences.

Nocturnal animals are at greatest risk, failing to see fencing or cannot clear the height in windy conditions – Bats, Gliders and Owls most commonly. It may be that the fence is over a food tree or the gliding distance between trees is too great.

Fences close to wetlands may result in insufficient clearance for take-off and landing safely. 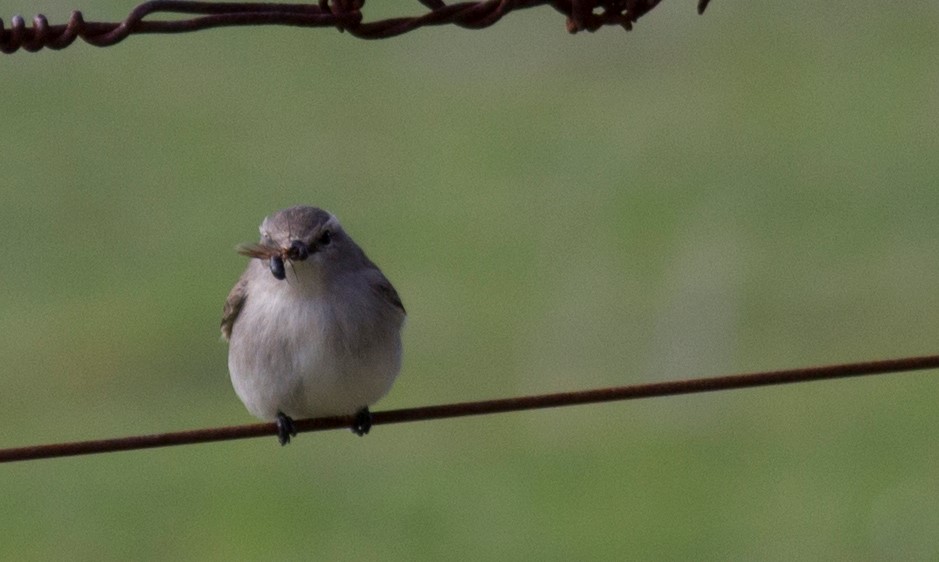 Jacky Winter perches on a fence (photo by Kerry Jennings)

Any barb wire presents a risk, however higher risks exist where fences are:

Although most property owners would be reluctant to change all of their barbed wire fencing to plain wire, there are some steps they can take to minimise the harm to our animals where fences are necessary:

Many thanks to Newham and District Landcare Group for sharing this useful information. To learn more about their group and read their news in full – click here