In the last couple of years we have received several reports of very large lizards on people’s properties in the northern parts of the Mount Alexander Shire. They could be two different types of goannas, also known as monitors: the Lace Monitor (Varanus varius) and the Sand Goanna (Varanus gouldii). 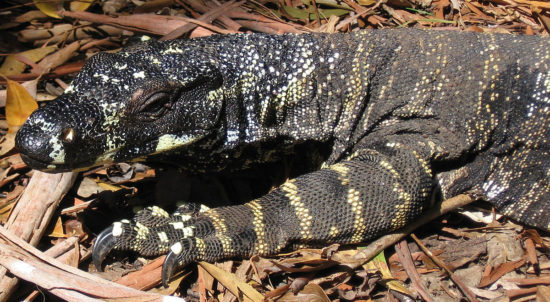 A magnificent looking creature – with a heavy banded snout and huge feet with massive claws. Photo from Wikipedia Commons.

The Lace Monitor is listed as Endangered on the Victorian Threatened Species Advisory List (2013), so it’s great to hear of sightings from Baringhup, Shelbourne and Axe Creek. These lizards can grow up to 2.1 metres long, and once they are adults have few predators. Unfortunately the small striped young are eaten by foxes, so much so that in some areas it is feared that only old lizards are left.

Lace Monitors need large, well-connected areas of bushland with lots of woody debris and large hollows to shelter in when the weather is cold. As an apex predator, monitors need healthy woodland habitats filled with abundant insects, reptiles, young birds and eggs. We were delighted to see this photo from Heather and Newton Hunt of two monitors on their property in Shelbourne. 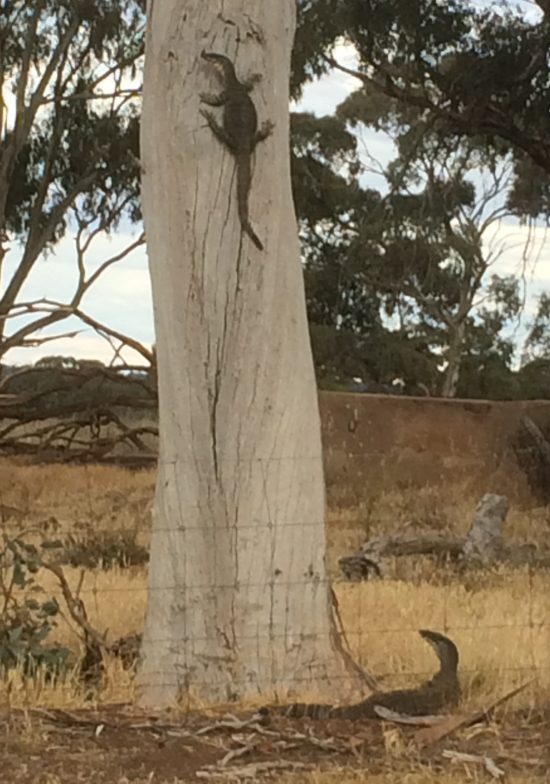 The Sand Goanna is another large lizard that may be found in the area. It is not a threatened species. Sand Goannas may be distinguished from the Lace Monitor by the the stripe it has running through its eyes, rather than prominent bands around the snout. They are also smaller in size. 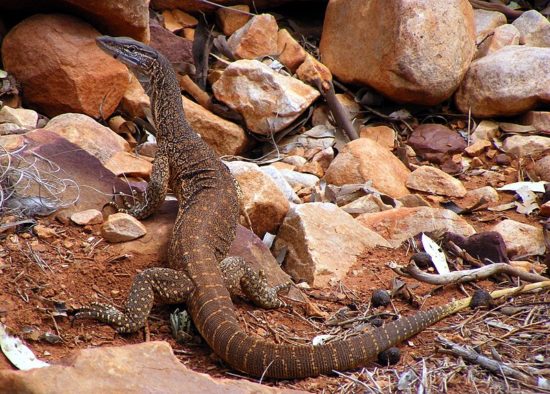 These large lizards are excellent indicators of ecosystem health, so if you see them on your block or favourite bushland area, let us know!  Reports of young monitor lizards would be fantastic, providing hope that these lizards will be stalking our woodlands for generations to come.

To submit a record of monitors, download a Special Sightings sheet here or email us at info@connectingcountry.org.au