A friendly and enthusiastic crowd of nearly 100 big and little habitat heroes came together on Saturday the 17th of June 2017. In perfect weather, we planted, guarded and watered-in 900 indigenous understorey plants at the former silkworm farm on Mount Alexander. Little Habitat Heroes exemplifies what Connecting Country is all about – bringing the community and nature conservation together.

Just over a year ago an group of new mums approached Connecting Country with their idea for a novel and meaningful way to mark their babies first birthday; they wanted to raise funds for a community planting to restore habitat. Connecting Country was thrilled to partner with these capable women as they successfully outstripped their fundraising target and worked hard with us over the following twelve months to see the planting day to fruition. 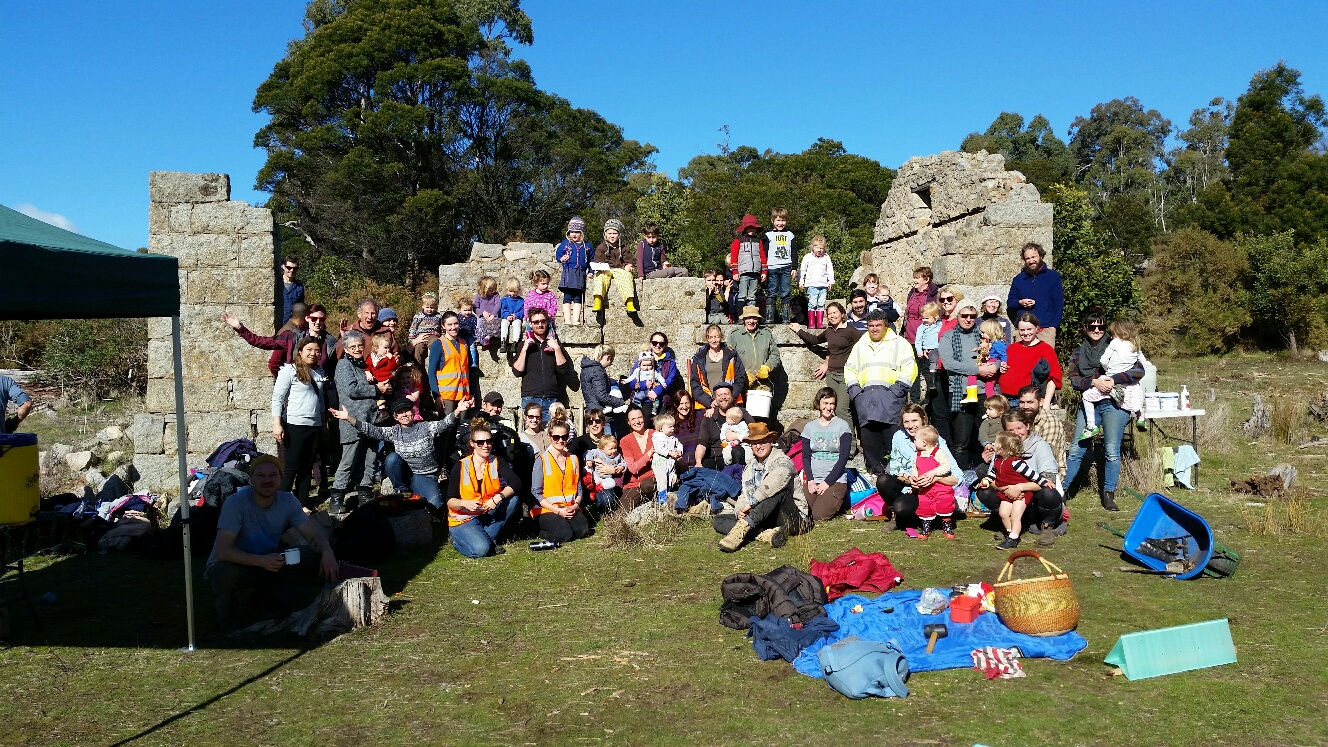 Fueled by a scrumptious morning tea and lots of goodwill, the crowd of volunteers put in a great effort which will create amazing habitat on Mt Alexander into the future. It was an honour for Connecting Country staff to be involved and a thrill to look over what we achieved together at the end of the day.

We congratulate and thank all involved – with a massive well done! Special thanks also to our partner organisations  including Harcourt Valley Landcare, Barkers Creek Landcare B-Team, VicRoads, the Dja Dja Wurrung Clans Aboriginal Corporation, Parks Victoria, and all of the generous donors and volunteers.

We look forward to seeing what projects our amazing community comes up with next and to continuing to work together to restore habitat across our shire.