Bird of the month: Flame Robin

Welcome to our 25th Bird of the month, a partnership between Connecting Country and BirdLife Castlemaine District. Each month we’re taking a close look at one special local bird species. We’re excited to join forces to deliver you a different bird each month, seasonally adjusted, and welcome suggestions from the community. We are lucky to have the talented and charismatic Jane Rusden from BirdLife Castlemaine District, and the brilliant Damian Kelly, sharing their writing and images about our next bird of the month.

True to the Flame Robins’ annual migration from higher and wetter altitudes in summer, to lower altitudes in winter, April saw them arriving in Central Victoria. They demonstrate classic altitudinal migration, breeding in mountain forests up to 1,800 m in elevation, utilising ridges and slopes, which is a little unusual. As a very general rule, gullies are preferred by most woodland bird species because they hold more moisture, and therefore support higher density and biodiversity of plant species. All this makes gullies more nutrient-dense and therefore good foraging for birds. So the Flame Robin is an interesting contradiction during the breeding season and summer months.

April 2022 bird surveys for BirdLifes’ Birds on Farms project in Castlemaine recorded Flame Robins in their preferred autumn and winter environment: edge habitat and dryer open woodland. They were spotted foraging from paddock fences along the vegetated Forest Creek corridor, on the edge of a disturbed but newly re-vegetated paddock.

The neon bright, deep orange breast and belly, contrasting with grey on the rest of the bird, makes the male Flame Robin distinctive and easy to identify. The female and immature birds are another matter entirely. They can easily be mistaken for Red-capped and Scarlet Robins, as they all tend to look small and brown. The bane of the birder’s bird watching life! However, in practice it’s the vivid male that will catch your eye, and take your breath away with its splendour.

For a small bird, Flame Robins can disperse over quite large distances. Banding studies show them moving up to 351 km and tending to return to the same over-wintering sites year after year. The species distribution ranges from south-east Queensland to around the edges of South Australia, as well as Tasmania, and outside the breeding season, up to the Murray River in Victoria.

Outside the breeding season, Flame Robins will form small flocks of typically 6-14 birds. However, along Forest Creek larger flocks have been recorded, which is not so unusual.

Bonds between breeding pairs of Flame Robins often persist between seasons. The breeding season is August to February, when they build cup-shaped nests of grass, bark strips, moss and spider web. They lay 2-3 eggs per clutch and it’s not uncommon for pairs to raise multiple broods.

The major disturbance of bush fires and logging can be a temporary boon to Flame Robins. Records provide evidence of them using recently burnt areas, especially outside the breeding season. As the vegetarian recovers, numbers of Flame Robins decreased in disturbed areas. 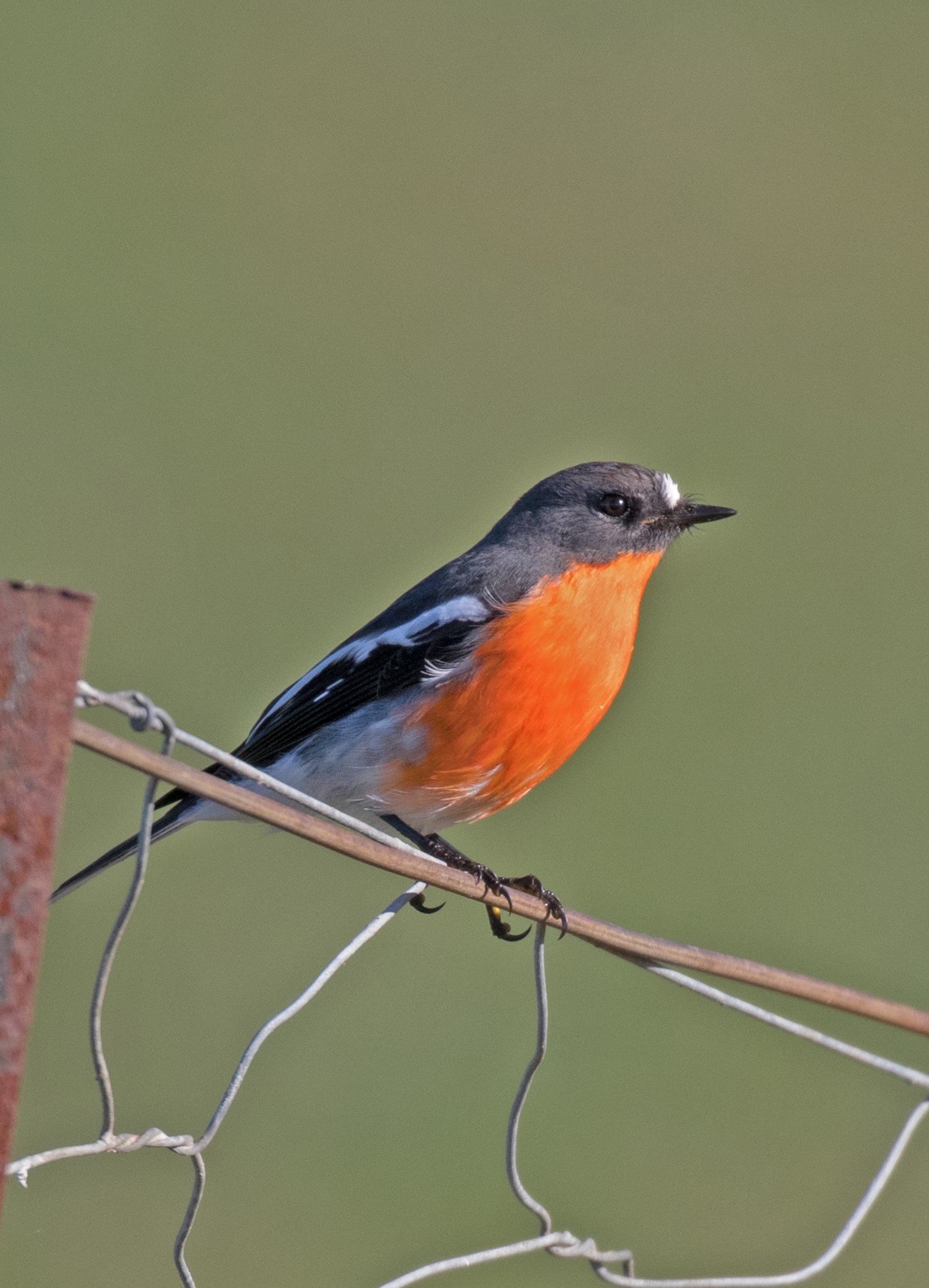 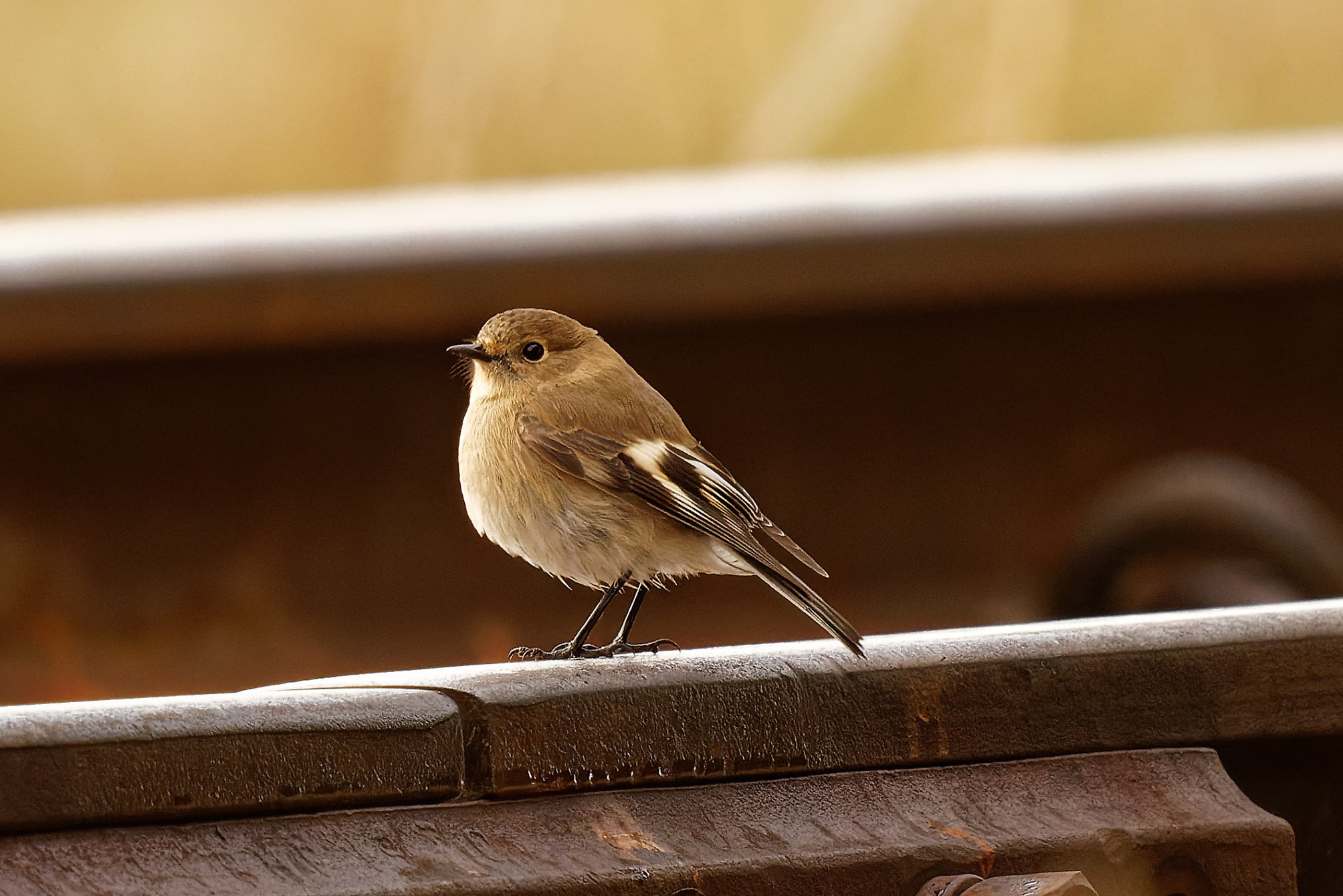 2 responses to “Bird of the month: Flame Robin”