Bird of the month: Crested Shrike-tit

Welcome to our 24th Bird of the month, a partnership between Connecting Country and BirdLife Castlemaine District. Each month we’re taking a close look at one special local bird species. We’re excited to join forces to deliver you a different bird each month, seasonally adjusted, and welcome suggestions from the community. We are lucky to have the talented and charismatic Jane Rusden from BirdLife Castlemaine District, and the brilliant Damian Kelly, sharing their writing and images about our next bird of the month.

This month’s bird might be small in size, but packs a punch in character and arguably wins the prize for craziest hair do. The Crested Shrike-tit is boldly coloured, with a bright yellow chest and striking black and white head … and as it’s name suggests, a black mohawk-like crest. Often it’s heard before seen because of the ripping noise as it tears bark off trees using its powerful bill, searching for invertebrates, favouring spiders and beetles. Interestingly they will also eat fruit and other vegetable matter on occasion. They have even been recorded using a stick to procure hard-to-get-at insects, which is notable as using tools is normally associated with intelligence. For a pleasant change, it’s also a bird that’s easy enough to see as they can be bold and quite curious, and of course strikingly-coloured. Also welcome to the bird watcher is their distinctive high-pitched whistle, another solid identification indicator. However, like so many Australian birds, they are excellent mimics.

Damian observes Crested Shrike-tits love a bathe in puddles, and I often see them at the birdbath in my garden. Typical of my place, they can be found in eucalyptus forests with a preference for gullies, and in dryer forests, along water courses. Their distribution covers eastern and southern Australia, as well as south-west Western Australia, but rarely into tropical forests.

Usually Crested Shrike-tits are found either singularly or in pairs, though on occasion I’ve observed what I think is a family group in mid-summer. They build a deep cone-shaped nest, often high up in a vertical tree fork. Made of dry grass, moss, lichen and bark, the nest is held together with spiders web, and will hold 2-3 eggs. (Poor spiders get eaten by Crested-Shrike-tits, then their webs are torn down by them too!) Both parents brood and feed the chicks, but in some instances there will be a one or more helpers at the nest who feed young. The home range of the Crested Shrike-tit is quite large, but mobility is generally restricted to autumn, and otherwise they are quite sedentary.

Damian Kelly, who is a master at lurking quietly and unobtrusively in the bush, writes of his wonderful observations of this stunning bird:
‘They are an intriguing bird, as they can be quite inquisitive and will often come up close and personal. One time at Railway Dam I returned from a walk to find a bird clinging to the radio antenna of my car. It didn’t fly off but just observed me as I took some nice photos. A few days later at the same spot I was sitting in the car with the door wide open when a shrike-tit alighted on the edge of the door, again observing me closely. I cannot be sure if this was the same bird. I could hear another individual calling in the trees nearby but that one never came close.’

I have to admit to getting a thrill every time I see a Crested Shrike-tit, as they cock their head vigorously, showing off their crazy crest to full advantage. 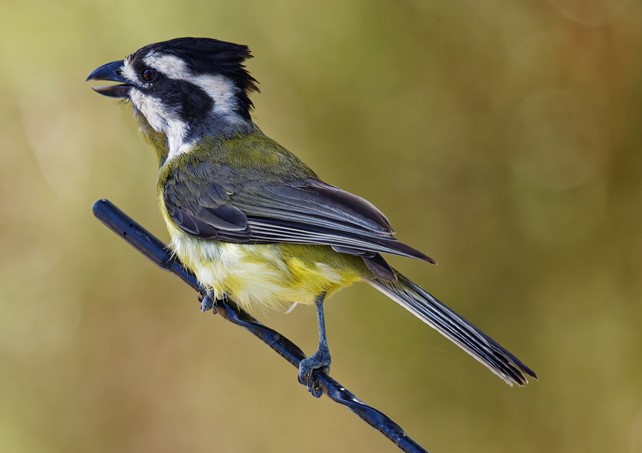 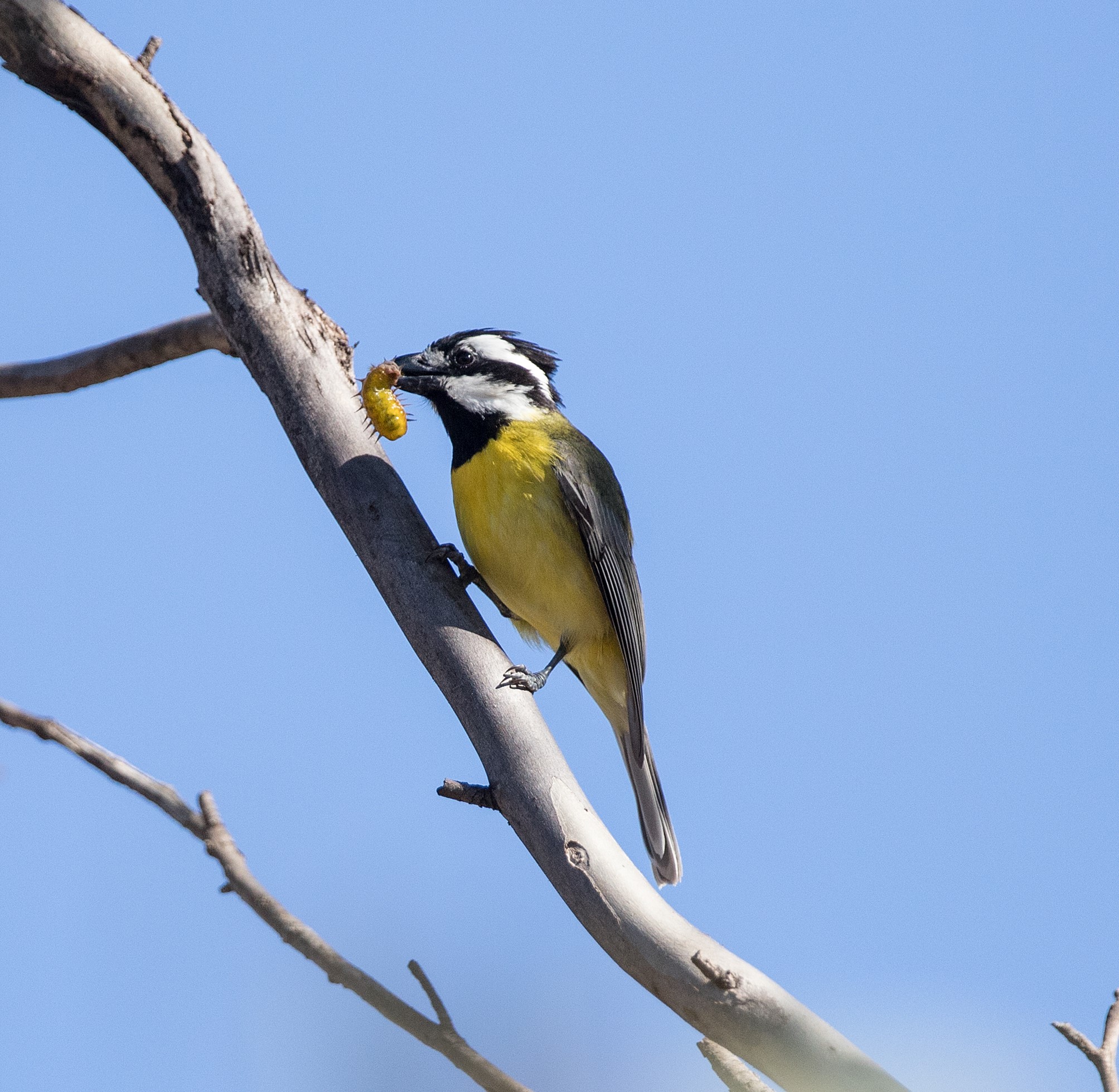 Visit YouTube to view a Crested Shrike-tit bathing and calling:

2 responses to “Bird of the month: Crested Shrike-tit”