Bird of the month: Batman and Robin

Welcome to our sixth Bird of the month, a partnership between Connecting Country and BirdLife Castlemaine District. Each month we’re taking a close look at one special local bird species. We’re excited to join forces to deliver you a different bird each month, seasonally adjusted, and welcome suggestions from the community. We are lucky to have the talented and charismatic Jane Rusden from BirdLife Castlemaine District writing about our next bird of the month, with assistance from the brilliant Damian Kelly.

You may have felt and seen the stirrings. The critters in the bush are gearing up for the new breeding season, just as the wattles and Hakea have begun to bloom. A couple of weeks ago I sighted my first White-bellied Cuckoo-shrike since last summer. As I took the time to observe its behaviour and plumage as it moved through the tree canopy, I was reminded about how hard it can be to distinguish White-bellied Cuckoo-shrikes from Black-faced Cuckoo-shrikes. Each species has several morphs. This post focuses on the Central Victorian morphs, to avoid getting too complex.

My first source of information is always Damian Kelly. He reported that the Handbook of Australian, New Zealand and Antarctic Birds (HANZAB) prefaced many comments on cuckoo shrikes with ‘not well known’. This I found interesting, as the Black-faced Cuckoo-shrike is a moderately common and widespread partial migrant, even if the White-faced Cuckoo-shrike is uncommon, though widespread and a partial migrant or resident (depending on which book you read). I’d expected more would be known about these two species.

There are many similarities between them. Both species of Cuckoo-shrike display a graceful undulating flight, soft grey and white colours with black markings, and similar size, bill and body shape. The immature birds are especially difficult to distinguish, as is often the case. Both species are often seen as individuals or in pairs. However, occasionally I’ve seen Black-faced Cuckoo-shrikes in huge flocks moving through treetops in our local forests, and after the breeding season White-bellied Cuckoo-shrikes can be observed in flocks of up to 12. Often it’s their distinct call which signals their presence.

Let’s look at some of the differences between these two species, and what to look for when identifying them. There are several characteristics that are useful. Their calls differ, the Black-faced having a soft churring call and the White-bellied a sharper sounding ‘quizeek-quizeek’ (see links to calls below). Both species can do a wing shuffle upon landing on a branch, but the Black-faced Cuckoo-shrikes shuffles its wings every time and with a very obvious and pronounced movement.

Visually the colouring in adult birds is a little different. The Black-faced is just as its name suggests, its white belly only extends to below its chest and it is a slightly larger bird. In-flight the extended tail and wings appear black. The White-bellied has a more obvious and brighter white belly (although there is a dark morph, further confusing the issue but rarely seen in Central Victoria) and a black stripe from the bill to the dark eye.

The immature birds of both species are very hard to tell apart. Both are soft grey with a full white belly and chest, and both have a black stripe through the eye like the adult White-bellied Cuckoo-shrike. However, the black eye stripe in the Black-faced Cuckoo-shrike runs from the bill and extends past the dark eye.

In conclusion, it’s all very confusing. However, you could say the Black-faced Cuckoo-shrike has a Batman face mask but without the whole hood, and the White-bellied Cuckoo-Shrike has an eye mask like Robin. Little superheroes – who’d have thought? 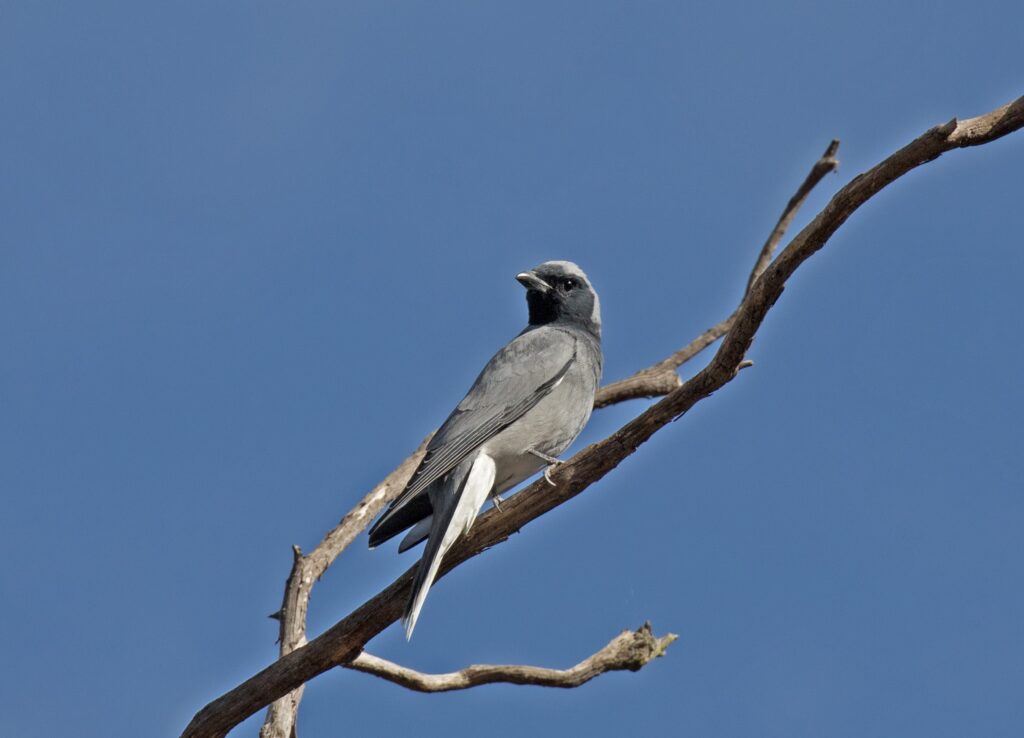 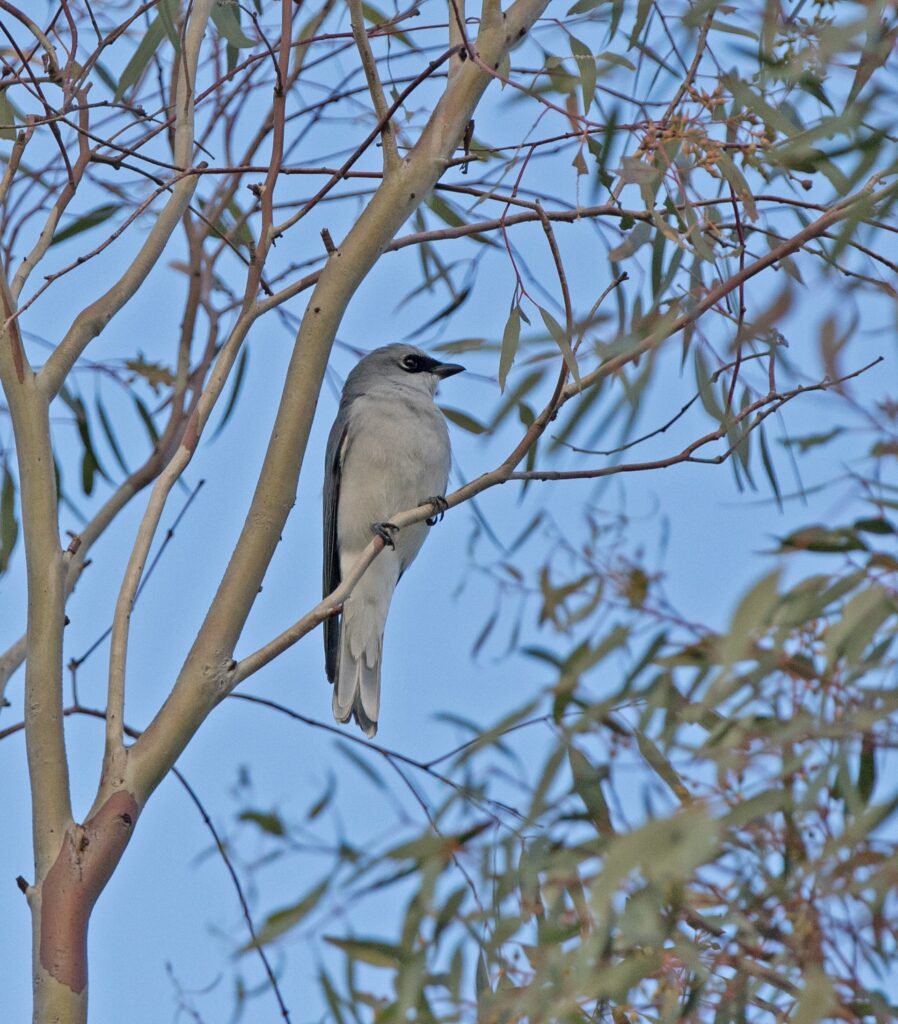 A big thank you to contributors to this edition of Bird of the Month – Jane Rusden, Damian Kelly and Geoff Park – for their amazing knowledge and advice.