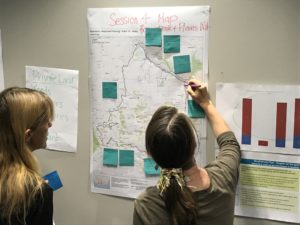 Over the six months, a diverse array of government, Traditional Owner and community organisations from across Victoria came together to participate in an intense Biodiversity Response Planning process. Connecting Country was one of these organisations!

After a lot of hard work, 89 new projects were just announced by the Hon. Lily D’Ambrosio MP, including 85 projects for on-ground biodiversity action worth $33.67 million. These projects are part of the government’s investment to implement Protecting Victoria’s Environment – Biodiversity 2037 and will be delivered by various stakeholders over the next three years.

Connecting Country is excited to announce that our proposed project was selected for funding.

For the full list of successful projects visit: https://www.environment.vic.gov.au/biodiversity/biodiversity-response-planning 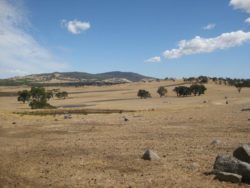 We know that much of central Victoria’s native woodland has been heavily disturbed by a long history of mining, clearing, woodcutting, grazing, and changes in fire and water regimes. The Box-Ironbark landscape contains provides habitat for many threatened species including the threatened Temperate Woodland Bird Community. Scientific studies demonstrate an alarming acceleration in the decline of most species within this community over recent years. Habitat loss is the single greatest threat to woodland birds, and exacerbates other threats, such as predation by cats and foxes, and prolonged drought. Many of the remaining woodlands lack complexity and are missing the key understorey species that provide food, nesting sites and protection from predators for woodland birds and other animals.

Within the Mount Alexander region, large areas of remnant woodlands and priority habitat exist on private land. Through our work, Connecting Country has identified numerous private landholders with the interest, enthusiasm and capacity to protect and restore woodland habitat on their land, but require guidance and practical assistance. 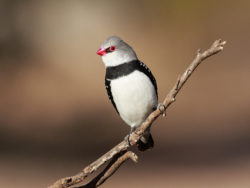 Connecting Country is proud to oversee the project in collaboration with our project partners: local landholders, Dja Dja Wurrung, Trust for Nature, Parks Victoria and Department of Environment, Land, Water and Planning.