Posted on 24 December, 2014 by Connecting Country

Historian, award winning author and adjunct professor in the Humanities Research Centre at the Australian National University (ANU), Professor Bill Gammage will launch the 2015 Connecting Country Workshop series on Sunday February 22, 2015 at the Castlemaine Golf Club (in the clubrooms, near the corner of Rilens Rd and Pyrenees Hwy, Muckleford).

Bill’s most recent book, ‘The Biggest Estate on Earth. How Aborigines made Australia’ won several prizes for history and literature when it was published in 2011 and pieces together details of land management strategies from around Australia, stating that Aboriginal people managed the land in a far more complete, systematic and scientific way than has often been recognised. He challenges the myths that Aboriginal people were careless nomads and that the pre-colonial ecology was purely ’natural’. Based on his research findings from around Australia, Bill will talk about how our knowledge and learnings of the past can inform current land management.

‘The Biggest Estate’ raised plenty of discussion and debate amongst scientists when it was published and this is an opportunity to hear first-hand of Bill’s historical perspective. You can view an earlier video of Bill discussing his book here.  Download the launch flyer and spread the word. 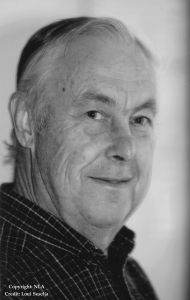 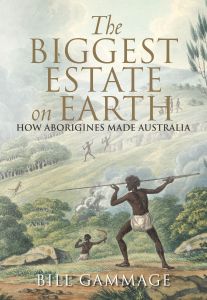 Bill Gammage grew up in Wagga, and was an ANU undergraduate and postgraduate before teaching history at the Universities of Papua New Guinea and Adelaide. He wrote The Broken Years on Australian soldiers in the Great War (1974), Narrandera Shire (1986), The Sky Travellers on the 1938-39 Hagen-Sepik Patrol in New Guinea (1998), and The Biggest Estate on Earth: How Aborigines made Australia (2011). He served the National Museum of Australia for three years as Council member, deputy chair and acting chair. He was made a Freeman of the Shire of Narrandera in 1987, a fellow of the Australian Academy of Social Sciences in 1991, and a Member of the Order of Australia (AM) in 2005.

The launch will begin at 4:00pm and be followed by a BBQ dinner to celebrate the start of Connecting Country’s ‘Working with Nature to Improve Your Property’ Workshop Program for 2015, supported through funding from the Australian Government. This year’s program is aimed at property holders in the Mount Alexander region who are seeking information, resources and practical skills to improve, protect and restore their land. More information will be available on the evening.

There is no cost to attend the event. RSVPs are not essential, but are greatly preferred for catering purposes. Contact Janet on 5472 1594 or janet@connectingcountry.org.au for more info or to book.