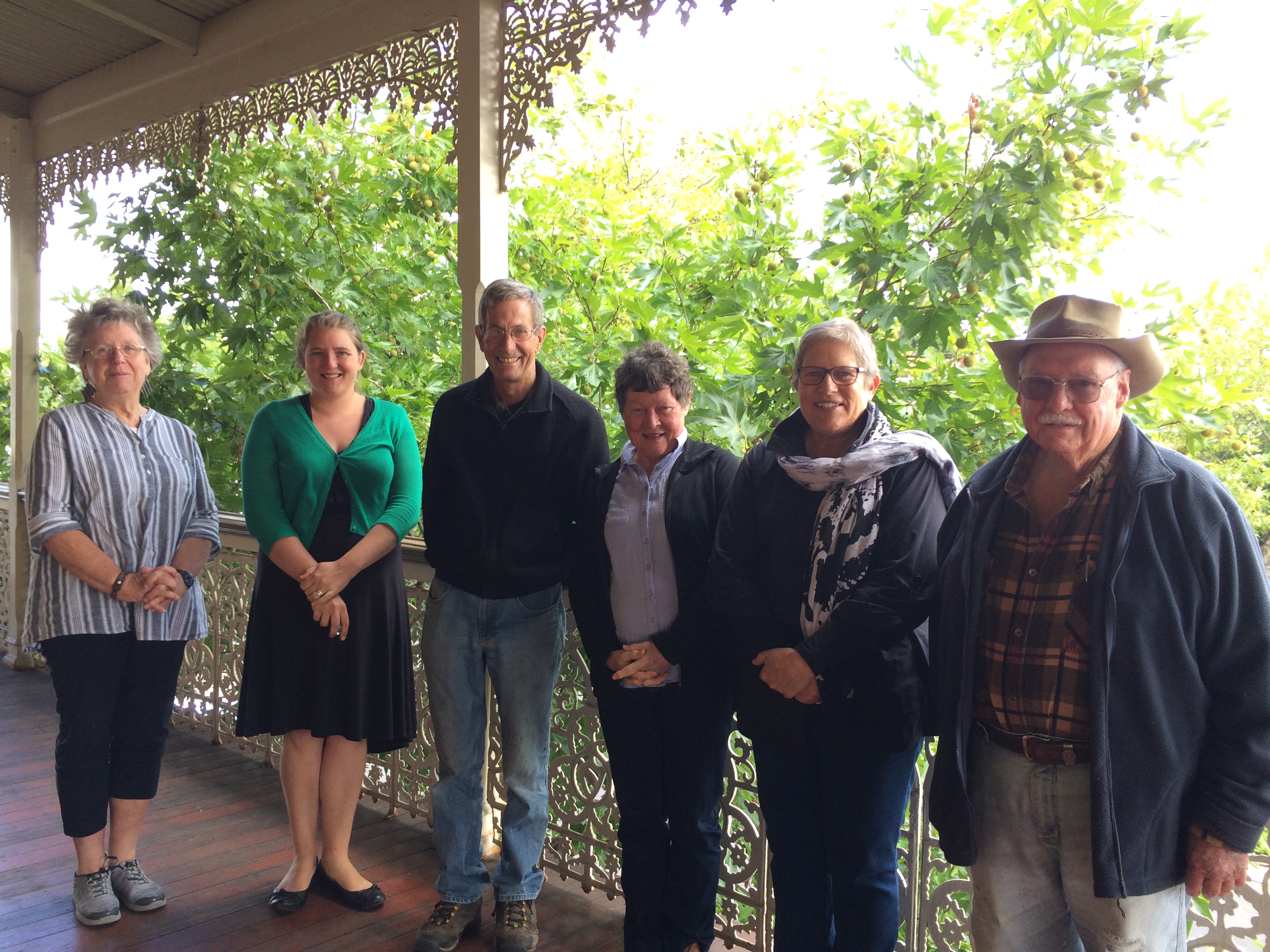 If you’d like to know more about the Landcare Steering Group, contact Asha at hadley@connectingcountry.org.au or call the Connecting Country office on (03) 5472 1594.

In Praise of Steering Committees (by Max Schlachter)

I have to admit that before I started my role as a Local Landcare Facilitator with Connecting Country if you’d asked me what a ‘steering committee’ was I would probably have answered “a group of people who get together around a navigation chart and a weather map to decide which way the ship should go”. While that probably says more about my lack of experience than anything else, the fact is I’ve come to value the support I get from my steering committee very highly.

My steering committee usually consists of 4 or 5 Landcare members, a local council officer and my supervisor. We meet monthly at 9am on a Monday morning for no longer than an hour and a half. I send the committee a project officer’s report a week prior to the meetings and an agenda of items that I would like the committee to give me direction on. It might be a ‘bright idea’ that I’ve come up with in the dead of night (that needs a bit of rationalising before it goes any further), or a discussion on issues affecting local groups like funding opportunities. Often they help with planning my activities over the coming months.

With around 30 Landcare and Friends groups in the area (the Mount Alexander Shire and surrounds) there is a large diversity of groups and issues that come under the umbrella of Landcare. The groups undertake a range of projects from sustainable agriculture to urban creek management and most things in between. Ideally a steering committee reflects all of this diversity in its membership. In my case it wouldn’t be possible to represent all of the groups, but the committee I do have is diverse and getting more so as time goes on.

One thing that all committee members have in common is a passion for Landcare and their community. In this sense, the steering committee doesn’t just support me – it also supports Landcare members who have a desire to think strategically about the ‘bigger picture’ of Landcare in the region and maybe even the state. I think every region probably has people who are looking for opportunities to have a bigger role in the Landcare movement. The Local Landcare Facilitator steering committee is an outlet for this and helps to keep Landcare leaders motivated and connected to the bigger issues.

Another boon of the steering committee is its ability to create connections between Landcare groups and other organisations. In the case of my steering committee, the presence of a staff member from the local council’s Healthy Environments team has been invaluable – and not just because of her sense of humour. The regular interaction between council staff and the groups has made it much easier for council to communicate with the Landcare community and receive feedback on land management issues. There really is nothing like talking to someone in person when it comes to a having a good working relationship.

So, if you asked me what a ‘steering committee’ was today, I would say “a wonderful group of people who get together around a table once a month to discuss Landcare issues, provide direction, have a laugh, and generally keep me on the straight and narrow”. Nothing to do with ships at all…