Local deer sightings on the hop

Local residents have reported a recent increase in sightings of feral deer in the forested regions around Muckleford, Campbells Creek, Sandon and Maldon. This coincides with a Victorian state government report concluding there are as many as a million feral deer in Victoria, with some species increasingly found in urban areas.

Andrew Cox of the Invasive Species Council (ISC) said ‘The deer invasion is coming’ and feral deer are ‘one of the country’s worst emerging vertebrate pest problem in Australia’. ‘Modelling shows that deer could easily spread across the entire mainland,’ said Mr Cox.

One of the biggest problems with feral deer is the erosion they cause along waterways and damage they cause to native vegetation. ‘It is estimated that deer numbers increased by 60 per cent between 2009 and 2016’, stated the ISC. Drier conditions have resulted in deer feeding on urban vegetation, and the state government estimated more than than 1,000 plant and animal species had been impacted by deer.

In its submission to a federal government senate inquiry, the CSIRO warned deer were now in a high growth stage, when invading populations cause irrevocable damage. Most of Australia’s now-extinct mammal fauna disappeared when rabbit and fox numbers went through a similar boom in growth. Without management action, the existing six wild deer species in eastern Australia will progressively colonise nearly the entire eastern seaboard, Great Diving Range and western slopes.

The aim is for organisations, academic bodies and notable individuals to sign the attached open letter, asking for effective action on feral deer in Victoria. If you would like to sign the letter please contact Landcare Victoria Inc for a copy. For any queries please contact Phil on 0427 705 133 or by email at philipi@vnpa.org.au

For more information on the potential distributions of the six feral deer species, please click here 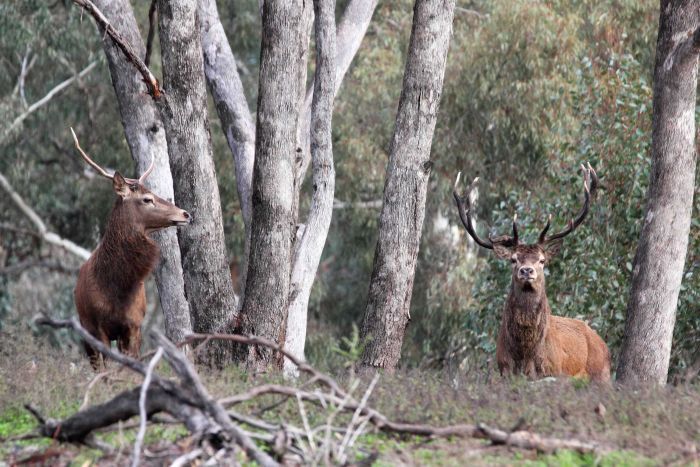 3 responses to “Local deer sightings on the hop”